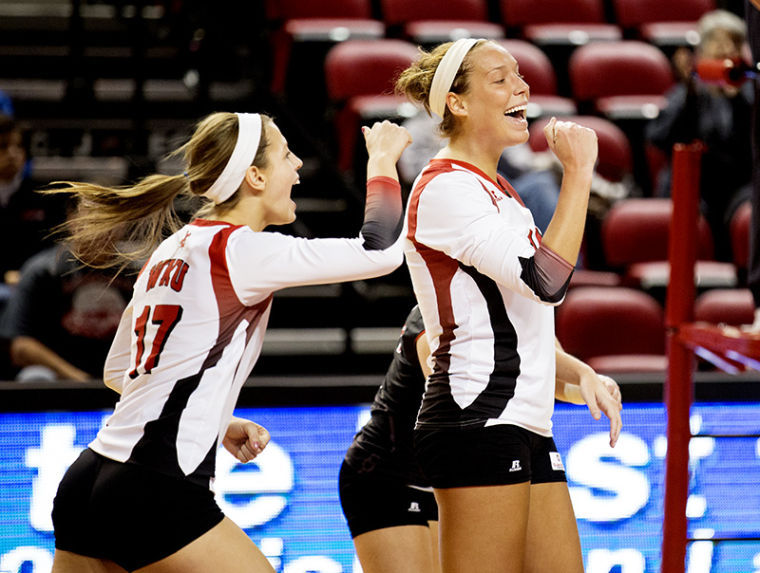 The Lady Topper volleyball team will kick off its inaugural season in the Conference USA this Friday in Las Vegas with a weekend full of non-conference play at the UNLV invitational.

WKU opens the weekend against UC Riverside at 3:30 p.m. CDT.

For five out of the 12 Lady Toppers on the roster, this will be their first collegiate matchup and for this reason, Head Coach Travis Hudson is looking for more than just a couple notches in the win column.

“This is a different kind of an animal,” Hudson said. “Everyone wants to put a win total on it, or wins and losses. I’m trying to keep it simple for this group right now.”

The simplicity that he is looking for this weekend, and wants to flourish on through the season, is the team’s ability to render a “competitive response.”

Hudson is not dwelling on the little things, but rather looks at this weekend as a stepping-stone to a successful season – one that will show a good gauge of where the young team stands.

Senior Heather Boyan is happy with what the team has been able to accomplish in practice in the preseason, especially in terms of all the new athletes getting on the same page.

“We have been working hard on the culture of our team,” Boyan explained, “and part of that is having everyone be a leader. I think that we are at a point where we are all holding each other accountable, and it is working out very nicely.”

Hudson stresses that his team is “a group where light bulbs will be switching on every day”, and for that reason he is not entirely sure what to expect on the team’s first weekend of competition.

“If we came out of the gate on fire, it wouldn’t really surprise me,” Hudson said. “If it took us three or four weeks to figure things out, that wouldn’t surprise me either.”

“I know come November we are going to be a team to be reckoned with, and that is what’s so exciting about coaching to me.”