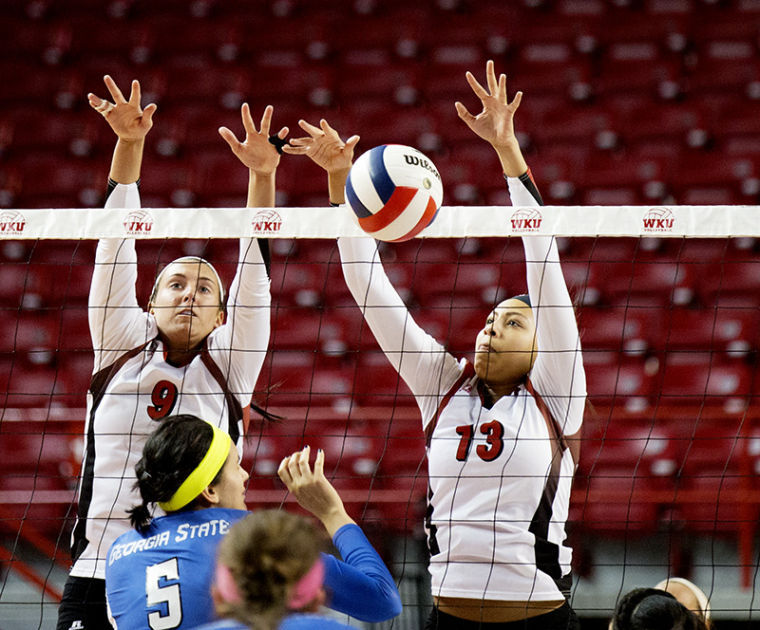 The WKU volleyball team can only hope to maintain and build off the second place Conference USA preseason ranking it received roughly one month ago.

Head Coach Travis Hudson knows he has little time to prepare before the season starts, and is trying to get as much as he can done with his youthful squad before competitive matches begin on Friday.

While the Lady Toppers graduated five seniors – one of which was second-team All-American Ashley Potts – they have brought in a top-30 recruiting class consisting of five freshman.

“We are a young team,” Hudson said. “With five freshman, that’s almost half our roster. It’s a great group of kids and a talented group of kids, but you can’t skip steps in the growth process. It’s going to take some time, but there will be a time when we are a great volleyball team.”

The team is not left completely veteran-less, though, returning seven letter winners from a 2013 campaign that yielded just six losses.

Boyan, along with juniors Noelle Langenkamp and Haley Bodway were selected for the preseason C-USA team, with Langenkamp garnering the honors of C-USA Preseason Player of the Year.

“The training has been going really great,” Boyan said. “It is kind of the exact opposite of last year when we had five seniors when now we have five freshman, but I am very happy with what we have been able to do this far.”

The returners are not only being leaders on the court for the newcomers, but are also improving in each of their respective games, which has led to the exact kind of meshing Hudson wants out of his team.

“Their work ethic is great, their attitude is great when they have time to sit back and think about it, but it’s great,” Hudson said. “These kids are part of a top-30 recruiting class, so they are used to having success at a very high level. That success will come again at the college level. It just takes time.”

Defending C-USA regular season and tournament champions UT-San Antonio begin the season perched at No. 1 and return six starters to a squad that lost only one conference match last season.

Proceeding WKU in the top five are Rice in third, North Texas in fourth, and a tie between Southern Miss and UAB for fifth.

The Lady Toppers’ goal is to emulate the success they had in their last season in the Sun Belt Conference, which Boyan said will require a good deal of focus.

“We just need to stay focused,” Boyan said. “You know, we’ve been in two-a-days for a while now and it is easy to get mentally exhausted. Our main goal now is to stay focused and committed.”