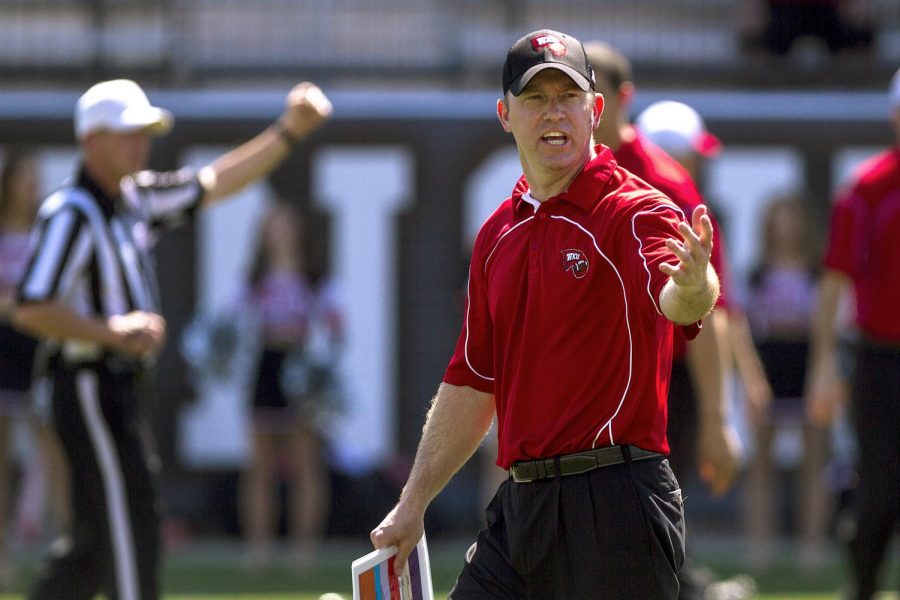 The Hilltoppers concluded their fall camp schedule on Friday inside Smith Stadium with a closed mock game after enduring a total of 44 practice hours, including two scrimmages, in just 18 days.

“I think they’re into it,” Head Coach Jeff Brohm said. “They’re willing to pay the price to be as great as they can be. We have great team chemistry right now. They know it’s going to be a tough season, but they understand that’s the game of football. It’s why you play it and they’re looking forward to having a lot of fun.”

Tempo was a reoccurring factor throughout training camp and offensive coordinator Tyson Helton made it clear that the Hilltoppers will do whatever is necessary to notch a victory in their inaugural Conference USA season – whether it be slowing down or speeding up the pace.

A change of pace may be required right off the bat against BGSU. First-year Falcons Head Coach Dino Babers, who’s known for his up-tempo offense and aggressive defensive schemes, takes over a team that is built for his style of play.

“At this time of the year you like to focus in on the next opponent, which we are,” Brohm said. “Now I want to get a little more one-on-ones than we’ve had in the past so our guys know the real speed of the game, the real tempo of the game. They continue to improve and get better and continue to test themselves against our best players.”

On Friday, the team held a mock game, which is essentially a walkthrough of all the necessary aspects of a real game day.

“Yeah, you do. You actually learn a lot,” McNeal said. “Like, the guys, you can tell that they’re ready for the game. The team matured. Like I said, the guys are locked in. In the past, mock games, guys that aren’t going to get reps would be the guys laughing and giggling and playing around. Not today, everybody was locked in.”

The WKU coaching staff received a little help from Mother Nature during the final two days. Since Friday, the Bowling Green area has been under a heat advisory, but Brohm said he’s cool with the warm weather.

The Hilltoppers will hold practice on Tuesday, Wednesday and Thursday of this week from 4-6 p.m. The first four periods of Tuesday and Wednesday’s practices are open to the public.