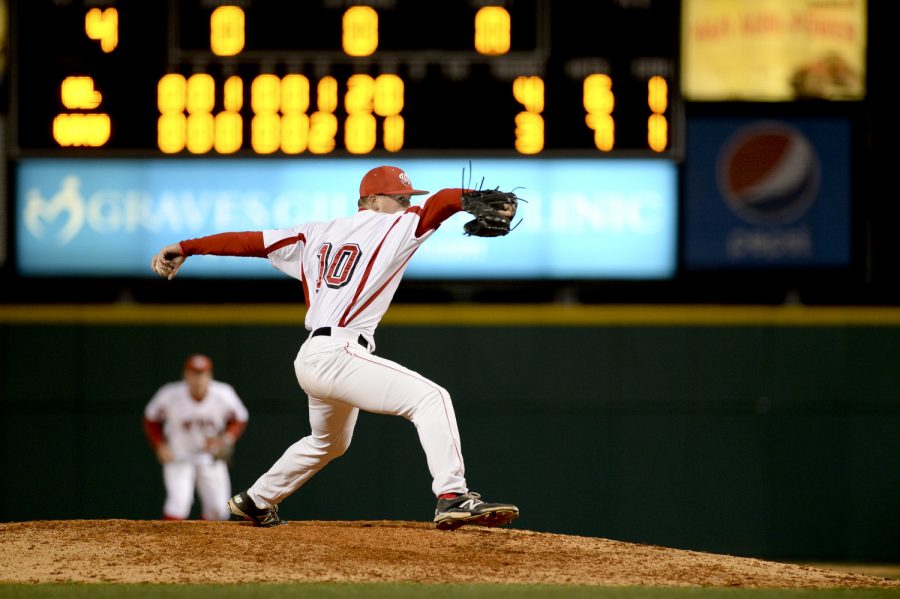 WKU junior left-handed pitcher Ian Tompkins was drafted Saturday by the Kansas City Royals in the 14th round (423rd overall) in the 2014 MLB Draft.

Tompkins is the eighth Topper pitcher taken since 2009 and the highest selected since Phil Wetherell was drafted by the New York Yankees in the eighth round of the 2011 MLB Draft.

Tompkins will become the 103rd player in WKU history to sign a professional baseball contract and the 20th player to sign professionally since 2008.

The six-foot, 195 pound Louisville native recorded a season record 14 saves for the Toppers this season with an ERA of 2.42. Tompkins was also named to the First-Team All-Sun Belt Conference Team in 2014.

Tompkins has 161 career strikeouts in 117 career innings pitched at WKU. During his junior year, Tompkins posted a career high strikeout per nine innings mark of 15.92.