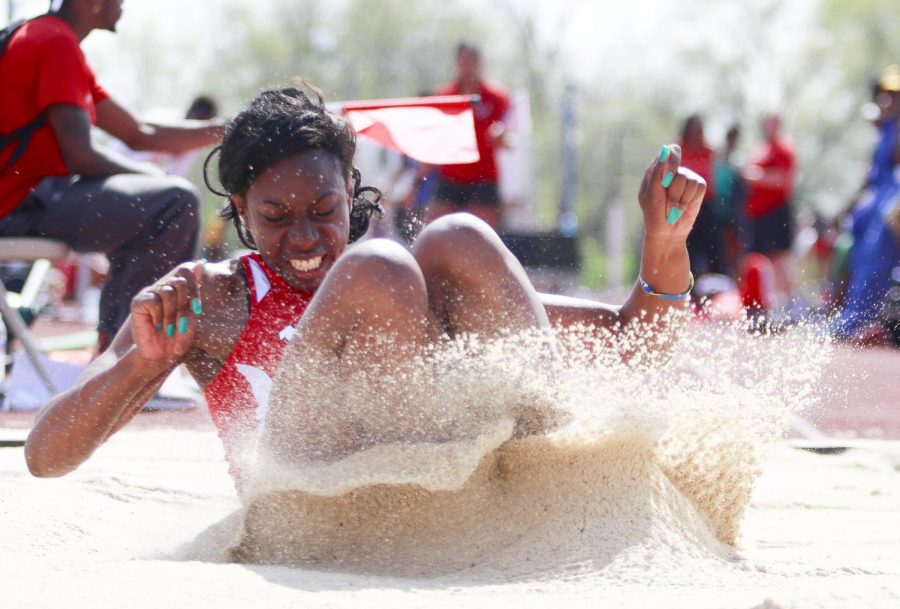 WKU senior jumper France Makabu competes in the long jump during Saturday at the Hilltopper Relays. Makabu would record a jump of 19-feet-2.75 inches. (Luke Franke/HERALD)

The WKU track and field team has set a new program record with seven athletes being honored as First Team All-Americans following impressive performances at the 2014 Outdoor Track and Field Championships at Oregon’s Hayward Field this past weekend.

The Hilltoppers notched 12 total team points, which tied them for 18th place overall with Tennessee. The seven First Team All-Americans are the most since 1973.

WKU finished top five in both the 4×100 and 4×400-meter relays, making them the only non-Southeastern Conference member to do so.