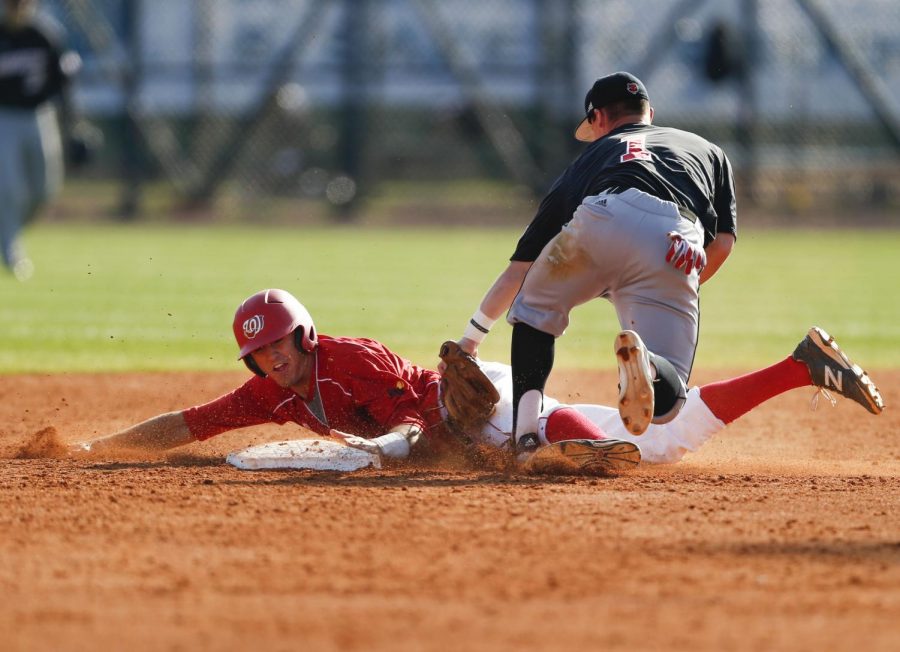 The WKU baseball team extended its road record to 8-14 after winning the weekend series against Louisiana-Monroe (18-30, 8-15 Sun Belt Conference). Two dominant pitching performances and explosive bats propelled WKU in the first two games of the series and into fourth place in the Sun Belt Conference standings.

WKU (27-22, 13-11 Sun Belt) played into 11 innings Friday night in a 4-3 thriller as a sacrifice fly by junior Ryan Church allowed for the winning run to pass. After a pitching duel between WKU’s Justin Hageman and ULM’s Jared Dye, freshman reliever Sam Higgs pitched three perfect innings to extend the game and earn his fifth win of the season.

Higgs didn’t allow a hit, but allowed junior closer Ian Tompkins to pick up his 13th save of the season in the 11th inning. At the time of the save, Tompkins ranked fifth nationally in saves this season with four more than any other pitcher in the Sun Belt Conference.

“Friday night’s win was one of the best wins I have ever been a part of,” Head Coach Matt Myers said. “A tough game in extra innings, it seemed like everybody on the team pitched in, everyone had a part in that game. Our guys never stopped fighting and got the win.”

Saturday was a much easier time for the Toppers in an 11-2 route of the Warhawks. The series clinching win came off the arm of sophomore starting pitcher Josh Bartley, who didn’t allow an earned run in eight innings pitched. Bartley allowed only six hits and two walks while striking out three. The offense had its biggest outing of the weekend posting 11 runs on 13 hits.

After allowing two runs in the second inning, WKU scored 11 unanswered. A five run third inning sparked by junior Cody Wofford’s three run home run allowed for WKU to take the lead without looking back. The win put the Toppers at six games over .500 for the first time since 2011 when they finished the season 33-24.

“(Saturday) we showed we were much better than them,” Myers said. “We flexed our muscles a little bit. Cody Wofford had a great weekend. We haven’t had him for a while and he really played well this week.”

The Topper dropped their only game of the series Sunday 5-4 on a come from behind victory and walk off home run by ULM. With WKU leading 4-0 in the sixth inning, the Warhawks proceeded to tie the game and hit a solo shot in the bottom of the ninth to avoid the sweep.

Wofford and senior David Simmons pounded away at the plate with Wofford finishing his day 3-for-4 with an RBI and a run scored while Simmons racked up two hits to give him six on the series. Simmons and Wofford combined for 12 of WKU’s 33 hits in the series. WKU finished the series with 33 hits, marking the sixth time in eight conference series they have finished with more than 30 hits.

“I don’t think there is anything we really need to improve on,” Myers said. “We are playing really good baseball right now; we just have to stay consistent.”

The loss Sunday was the only loss for WKU last week, which played five games – four of them on the road. WKU now ranks fourth in the Sun Belt standings, two games behind Arkansas State and Texas State who sit at 15-9 in league play tied for second place.

The Toppers travel for one more road swing in pivotal series with UT-Arlington, who ties with WKU at 13-11 in the Sun Belt.