THE REMOTE: HBO’s ‘Veep’ is the beep 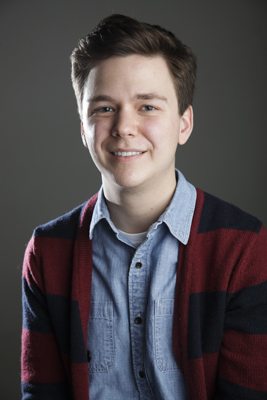 THE REMOTE with Ryan Pait

The last time I reviewed HBO’s political comedy “Veep,” I had to describe it in terms of other shows.

When a show is still in its early days, it can be somewhat hard to see where it’s going and what it will become. Back in the day, “Veep” often looked and felt like a very cynical version of NBC’s sunny “Parks and Recreation.”

The show’s first season was good, with huge glimmers of potential. Its second season delivered on that potential, with standout episodes like “Helsinki” and “Running.”

With its first handful of episodes of its third season, though, it’s clear that “Veep” has truly come into its own. While only four episodes have aired so far this season, all four have been hilarious.

Part of what’s made the third season great is the level of ease and effortlessness that the show’s operating with now.

“Veep” has a great ensemble cast that’s grown tremendously strong during the show’s run, and the writing for this season has put its cast and characters into new situations.

The creative decision in season two to have Vice-President Selina Meyer (Julia Louis-Dreyfus) run for president has also uncovered a wellspring of fresh ideas for the show to cover.

Much of the third season has taken place on the road as Selina begins canvassing and campaigning for the presidential race.

“Veep” can sometimes feel constrained to the confines of Selina’s office. This was especially true during its first season. Seeing Selina and her cohorts outside the context of said office offers up all kinds of new comedic opportunities, and “Veep” has been knocking them out of the park.

One of the best parts of “Veep” is its writing and tone. It might be one of the most unsentimental shows on television, but that’s absolutely working in its favor. The weapons-grade, rapid-fire putdowns the characters deliver to one another are devastatingly funny and different from any other show on the air.

The show’s greatest weapon, of course, is still Julia Louis-Dreyfus, who’s won two consecutive Emmys for her role as Selina. Selina is a character that could easily be overdone or obnoxious, but Louis-Dreyfus’s killer comedic sensibilities and the show’s stellar writing keep her in check.

Louis-Dreyfus is also a master of extremes, excelling at broad physical comedy and tiny character nuances that make Selina seem real. Whether it’s falling out of a desk chair or making the tiniest of movements with her eyes, she’s always hilarious.

Selena’s bid for the presidency has also opened up a new side to her character. As the veep, she felt largely sidelined and powerless.

But with her gunning for the top spot, there’s something savvier and more thoughtful about her.

I wouldn’t ever accuse her of having a heart, but it might be something similar. A conscience, maybe?

Either way, she’s got my vote, and so does “Veep.”