Marsupial Awards: The Herald gives out our end of the year awards 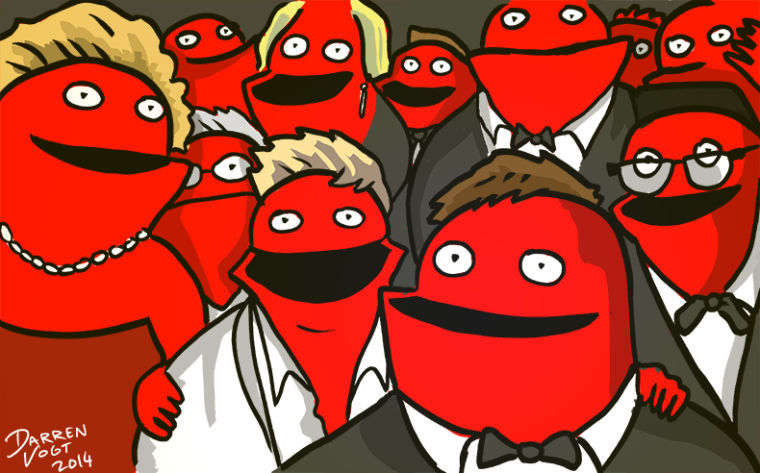 It’s that time of year — the time for the Marsupial Awards! Whether it’s laughing off pay cuts, not voting in elections or scrambling to get your 2014 parking pass, we’ve got you covered.

All you lovely WKU students get The Apathetic Award for how little you all voted during the SGA elections this year, but really we don’t care.

President Gary Ransdell gets The Wall Street Award because he’s the 1-percenter of campus. In times of budget cuts that has never been more obvious.

The Sympathy Award goes to the class of 2014, because they’re the last graduating class to not see the completed DSU. Got to love all those student fees going to something you can’t use.

The Savior Award goes to Winter 2014 for pushing back midterms and papers until after Spring Break. A little delay goes a long way.

The Middle Finger Award goes to Winter 2014 for pushing back midterms and papers until AFTER Spring Break. Who wants to study at the beach?

The Science Award goes to the evangelicals who didn’t frequent campus as much this semester. It was like they vanished into thin air or something.

The Tony Award goes to the Big Red Statue and his extravagant pose, which beats out anything showcased on Broadway.

The Parting Gift Award goes to Yoblendz. We hate to think that you’ll leave. Well, all five of us who ate there will.

The Helicopter Award goes to WKU professors, who all hovered over our shoulders until we completed our online student evaluations.

The Halloween Award goes to Thompson Complex North Wing, whose interior is scarier than any Halloween costume we could come up with. Good riddance.

The Prom King and Queen Award goes to the new DSU staircase, cause that’s who we emulate as we walk down it.

The Free-Doctor-Visit Award is given to both the new Steak & Shake on campus and Health Services. Because with all that cholesterol in our veins and the privatization of Health Services headed our way, we might need it.

The Black Friday Award goes to commuters trying to get a parking pass for the next school year. Here’s hoping there’s no bloodshed over the fight for a pass. As George R.R. Martin would say, “fall semester is coming.”