EDITORIAL: Students forget about the importance of voting in SGA elections 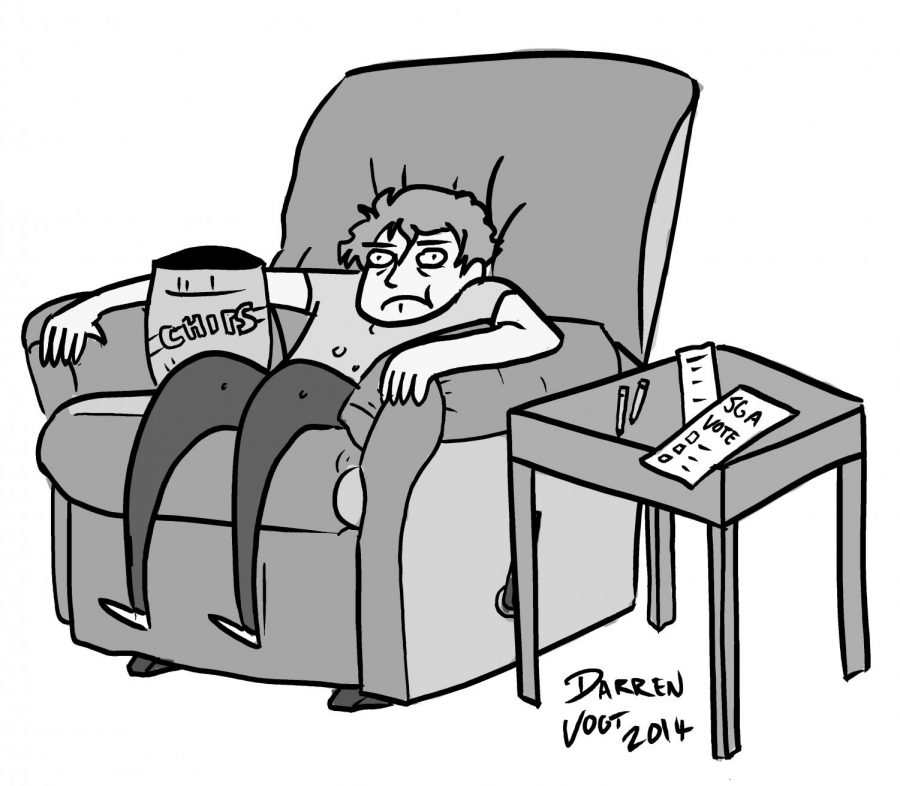 THE ISSUE: The Student Government Association held their yearly elections last week where they elected executive staff members and student senators. SGA voter turnout for this semester was 908, down 555 votes from last year.

OUR STANCE: With SGA voter turnout at fewer than 1,000 this semester we feel the WKU student body can and should do better when it comes to voting. Having less than 1,000 students vote is pathetic.

Sure, we know it’s not the national elections to vote in a new leader of America, but we stand by the principle that Student Government Association, and students’ involvement with their government, is important.

SGA represents a government for and by the students. The President represents us at the Board of Regents, they provide organizational aid and without them the library hours wouldn’t be open late during finals week. They were also instrumental in getting Einstein’s to be open later this semester. A move that has been met with praise.

Students should want to vote for SGA candidates who will continue to do those things.

That means that out of all the students who have walked by SGA advertisements, only 22 percent of our campus signed onto TopNet to cast a vote.

Considering the total number of WKU students and the number who actually voted, the elections boast a 4 percent turnout.

If this was an actual presidential election, we’d have Anderson Cooper and Wolf Blitzer analyzing why turnout was so low for the next few weeks.

It seems in our day and age people have become more and more apathetic to things happening outside of their bubble.

We all get so used to a routine throughout the school week that we barely pay attention to any small details that may break that pattern, or we simply choose to ignore them.

Sure, there may be a number of reasons that people decided not to vote this year: they had no idea about SGA elections and there was only one candidate for president.

But in the end, the fact remains that decisions made by SGA happen regardless, and it it should feel good knowing that somehow you contributed to what happens regarding your own student body government.

We just hope you’re not sitting there thinking “but SGA doesn’t do anything!” because if you still believe that old adage the only way to change it is to become directly involved in the process, through voting and voicing your concern to your student elected officials.