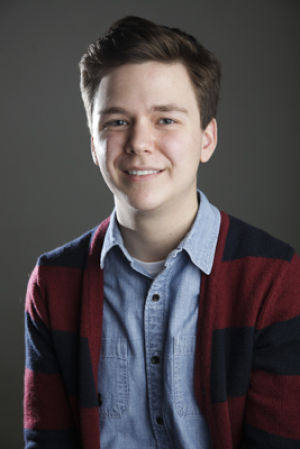 THE REMOTE with Ryan Pait

AMC’s “Mad Men,” now in its seventh and final season, has always been some of the best of the best of TV. It’s a show of attitudes, deceptive platitudes, and uncomfortable truths.

The episode, titled “Time Zones,” begins with Freddy Rumsen (Joel Murray) pitching an ad directly to camera. “This is the beginning of something,” he says.

It’s a rather on-the-nose opening scene, mostly because AMC has decided to split the show’s final season. The network employed a similar strategy with their other prized pony, “Breaking Bad.” The first seven episodes (called “The Beginning”) are airing now, and the second half (called “The End of an Era”) will air in 2015.

“Time Zones” is a dense episode, packing in visits with the members of Sterling, Cooper and Partners, who are now spread over both coasts rather than just in NYC. One theme is apparent though: the world is changing around these characters, and they have to learn to adapt.

Roger Sterling (John Slattery) has descended into a new level of hedonism — one that requires him to cover his crotch with his rotary phone.

Joan Harris (Christina Hendricks) finds herself in a situation where her smarts and sex appeal aren’t enough, no matter how cool she plays it.

And Peggy Olson (Elisabeth Moss), despite her meteoric rise and hip knit cap, is still dealing with sexist crap at work and literal crap at her apartment.

But what of Don Draper (Jon Hamm)?

We don’t even see him until 8 minutes into the premiere. We’re greeted with a highly visual, stylized reintroduction to the man, the myth, the legend, all set to “I’m a Man” by the Spencer Davis Group.

It’s a vision of how Don probably sees himself. And it looks great, especially when he’s greeted by his leggy wife Megan (Jessica Paré).

But we know better. Don didn’t get put on paid leave last season for no reason. He’s a mess, and might not know who he really is. When he cuddles with a stranger instead of sleeping with her, it’s perplexing for him and for us.

Perhaps the only character who’s doing great is Pete Campbell (Vincent Kartheiser). He’s helping run SC&P’s new branch in L.A., and he looks happy — and remarkably like the “long, tan and handsome” fish from “Spongebob Squarepants.”

“Do you have time to improve your life?” Freddy Rumsen asks during his pitch.

It’s an apt question, and one the characters of “Mad Men” will surely ask themselves over the course of the season.

It’ll be rough going, though: “Time Zones” ends with both Don and Peggy literally crumpled and crying.

Time is running out on “Mad Men,” but only time will tell the show’s true destination.