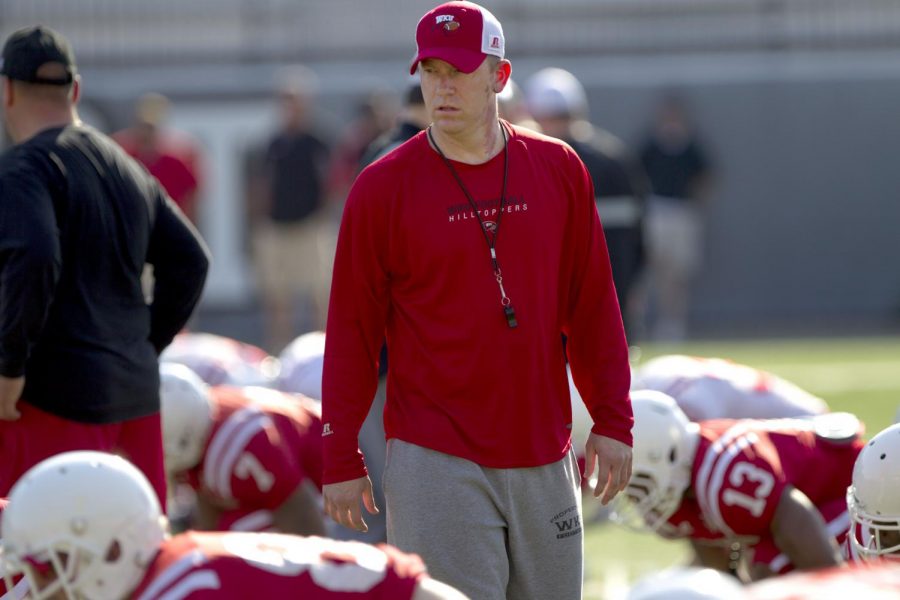 With 14 spring practice sessions in the books, the Toppers are set to give WKU fans a glimpse of what to expect this season in the annual Red and White Spring Game today at 1:00 p.m. in Smith Stadium.

The game will be played with a normal game clock in the first half followed by a running clock in the second half.

A staple this spring has been improving in areas where the Toppers struggled last season. According to first-year Head Coach Jeff Brohm, the Spring Game is a chance for the Toppers to exhibit what they’ve learned thus far.

“I think it’s a great opportunity for fans to get a look at our guys,” Brohm said. “…Really just a chance for our guys to get out here and showcase their talents — all the hard work they’ve put in, all the time they’ve put in to improve their game. Hopefully it’ll be a great day.”

Redshirt senior quarterback Brandon Doughty will lead the Red team, which is comprised of mostly starters, against the White team, which will feature the backup players.