Toppers ‘find a way’ with 3-2 win over Lipscomb 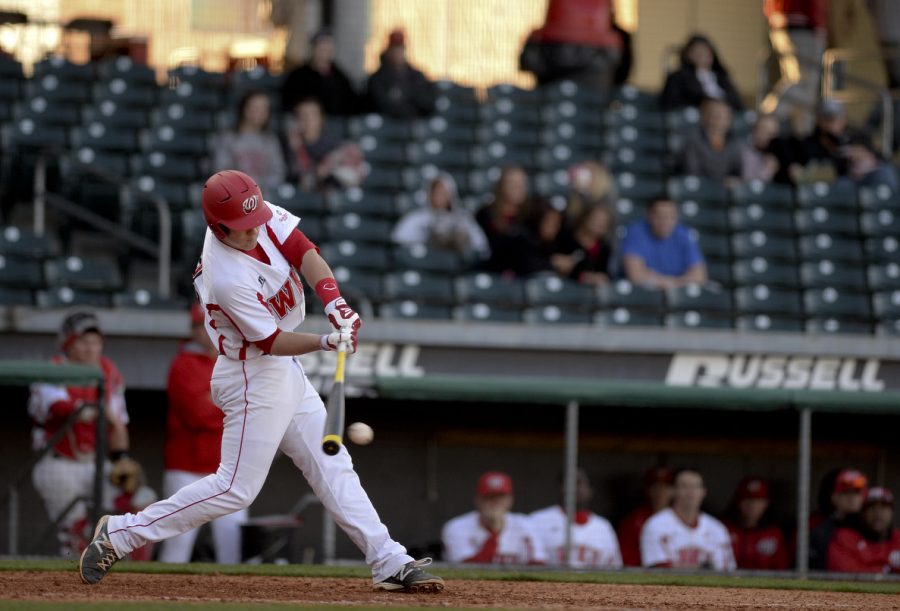 With two outs against Lipscomb in the bottom of the eighth inning, the game was tied at two. Sophomore Anderson Miller stood at third base when a wild pitch put the ball over the catcher’s head. Miller made a break for the plate and scored the winning run for the 3-2 WKU victory.

Miller started the eighth inning with a leadoff single. A balk by the pitcher and groundout moved him to third before the winning play happened.

“I was just trying to find a way to help the team,” Miller said. “That’s not always my role to lead off an inning but we found a way.”

Defense was the name of the game as both teams made many spectacular plays. WKU turned a season high three double plays while Lipscomb turned two of its own. Neither team committed an error as the middle infielders for both teams shined.

He threw a total of 77 pitches and only had 37 strikes, which seemed to be the theme of the game as their was a total of 16 walks in the game by both teams. WKU was responsible for 11 of them.

WKU was first to strike as a single by sophomore Thomas Peter and walk by freshman Hunter Wood allowed for a two-out double by senior David Simmons. After the run, WKU loaded the bases and senior Regan Flaherty was hit by a pitch. The bruise scored another run in the second inning making it 2-0.

The Toppers threatened again in the fifth inning where they loaded the bases for the third time in the game. With two outs Flaherty grounded out to first to keep the game at 2-0.

Lipscomb struck in the sixth inning after a pitching change by WKU put junior Brandon Allen on the mound. Allen gave up a two run home run to Tyson Ashcraft to tie the game at 2 runs apiece.

Sophomore Josh Bartley was put into the game in the eighth inning. He allowed one hit and struck out three batters on his way to picking up his third win of the season.

After WKU took the lead in the eighth inning, Lipscomb was still not done as they made it hard on Bartley to record the win in the ninth inning.

With a runner on first with two outs and down by one, Grant Massey hit a line drive towards center field. A diving catch by Simmons was the final out of the game and saved a run from coming in.

“It wasn’t pretty yesterday or today,” coach Matt Myers said. “They are playing well and their kids did a nice job, but we found a way to win. A couple of weeks ago we were slumping we may not have found a way to win. It’s always nice to get back home, carry some motivation from the Lafayette games, stay healthy and we will be in good shape.”

The win broke a four game losing streak to Lipscomb as they had defeated WKU earlier this year as well. Five games are being played at Nick Denes Field this week and with two already played, WKU is now 2-0.

The next game for the Toppers is Friday against Arkansas State. The first of three games will be held at 6 p.m at Nick Denes Field.