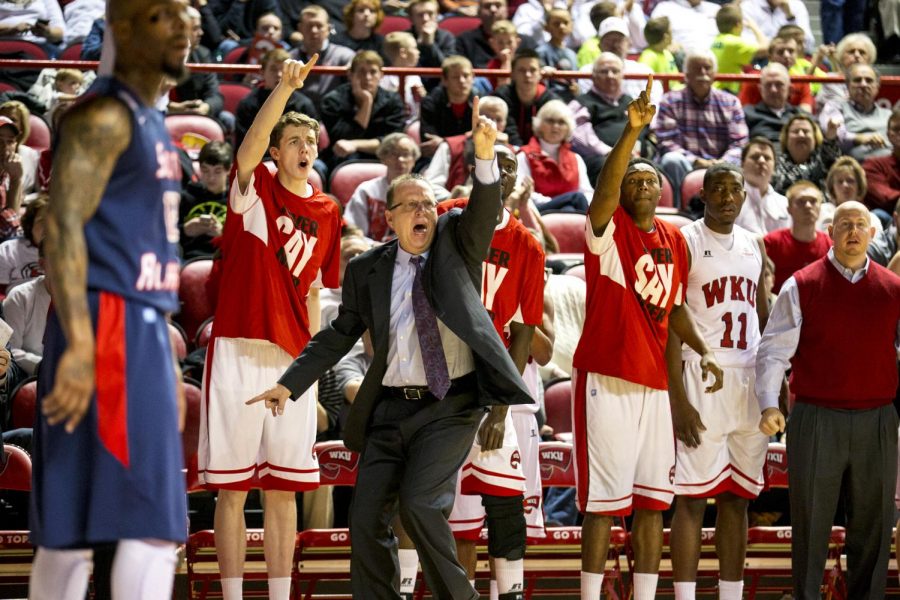 The WKU men’s basketball program announced the signing of Ayinde Sprewell to the 2014-15 Topper basketball team.

Sprewell, a 6-foot-3-inch guard from Daytona State College in Daytona Beach, Fla., will enter as a junior after averaging 15.1 points and eight rebounds per game during the 2013-14 season. The Orlando, Fla. native shot 52.9 percent from the floor and 47.4 percent from three-point range.

Clayton, a 6-foot-5-inch guard from Castro Valley, Calif., played his senior year of high school at Elev8 Sports Academy in Orlando, Fla. and is rated a three-star recruit by Rivals.com.

Johnson, a 6-foot-7-inch forward from Perry County Central High School in Hazard, committed to WKU in October and was named a Second-team All-State player averaging 16.3 points and 10 rebounds per game as a junior. Johnson is rated a three-star athlete by Rivals.com, and was recently named to the Kentucky All-Star Team.

WKU recently added Jordan Green from Henry Clay High School in Lexington as the latest freshman to join the Toppers.

Green, a 6-foot-5-inch forward, averaged 20.2 points and 7.6 rebounds as a senior during the 2013-14 season.  Green finished his prep career as the Blue Devils’ second in career scoring with 1,719 points. Green is rated a three-star recruit by Rivals.com and joins Johnson as a member of the Kentucky All-Star Team.

The regular signing period runs through May 21.