In My Skin: Bosnian refugee finds opportunity in America 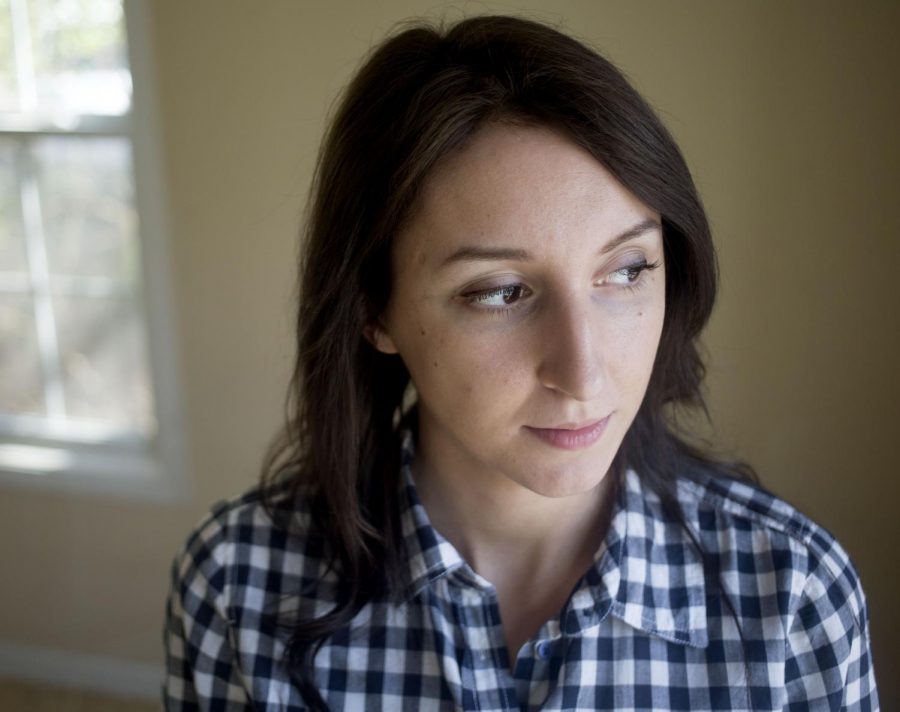 WKU alumna Ena Handzic of Bosnia-Herzegovina moved to the United States in 1997. She graduated from WKU with a degree in international business and continues to live in Bowling Green while looking for a job in her field of study. (Dorothy Edwards/HERALD)

Now, the WKU alumna lives in Bowling Green with her immediate family. Her extended family resides in Austria, Bosnia and locations throughout Europe.

Shanika Feagins, the Preferred Communities Coordinator at the Bowling Green International Center, defined a refugee as “someone who has left their home country and is unable to return because of some well-founded fear that if they return there they will be killed.”

There was plenty going on in Bosnia at the time the Handzic’s left. There was conflict within the country, violence in the streets and crippling food rations, Handzic said.

The country was in a civil war after having just declared its independence from Yugoslavia. Bosnian Serbs attacked the capital of Bosnia and other towns in eastern Bosnia. There was shooting in the streets and food rations, Handzic said. So her family applied for visas to work in Berlin.

After five years in Germany, the family came to Bowling Green. Handzic attributes much of the decision to move to Bowling Green and successfully start a new life to the local International Center.

“That’s why most Bosnians come here — because of the International Center,” Handzic said.

Feagins said although most of the refugees who now come to Bowling Green aren’t from Bosnia, they still work with Bosnians to help them with the immigration process or to get their licenses.

The International Center provided the Handzic’s with an apartment and the basic furnishings they needed.

“At the time you are coming from a country that was in war and you don’t really have anything.“ Handzic said.

Language is often the biggest barrier the refugees face, particularly when it comes to job searching.

Range said the most common fear among Burmese about America is that their heritage will be taken from them. Part of that heritage is their native language.

“That is what they fought for and fled from in Burma,” Range said. “Their language is very sacred to them.”

In the ESL classes Range volunteers with she said they want to teach the refugees enough English to meet their basic needs, not to strip them of the cultural attachment to their language.

In the essence of keeping their culture in their day-to-day lives, the Handzics still speak Bosnian in their home although everyone in the family can speak English.

Handzic’s brother was much older than her at the time their family left Bosnia. Because he had already picked up the Bosnian language, Handzic said he struggled even more with the language barrier.

“That was difficult for him because he learns one language then he comes to another country and learns another language and whenever he comes here he’s like I don’t know any of these languages fluently,” Handzic said.

“But the biggest challenge is language,” Feagins said.

The Handzics still speak Bosnian in their home, although everyone in the family can speak English. Handzic said her home life differs from her friends.

Not surprisingly, the food Handzic’s mom prepares is different.

“We don’t eat out that much, we try to make everything at home,” Handzic said. “That’s more of a difference in the cultures. Here everyone goes out to eat.”

Handzic’s boyfriend is from the United States and sometimes the language barrier between him and her family can be confusing.

“We talk so fast and so loud, we are just loud people. The language sounds angry,” Handzic said.

“My boyfriend will ask, ‘Are you guys in a fight? ‘ No, I’m just talking to my mom,” she laughed.

Refugees don’t always come to the United States. Once they are in a refugee camp, if they are fortunate enough to be relocated they may be sent to Australia or Europe.

Each year the president signs a Presidential Determination Letter that determines how many refugees the United States can take in the upcoming year. Currently, the U.S. takes about 75 percent of the world’s refugees.

“The funny thing is that a lot of times I think when people are thinking about America they are thinking New York and skyscrapers and then they come to Bowling Green,” Feagins said.

Bowling Green has been chosen as a resettlement location because of its size.

Communities that are smaller are preferred for resettlement agencies because it gives the refugees a better opportunity to become connected with the community.

The International Center’s goal is for the families to be on their own within 180 days, but that doesn’t always happen.

“It can take a long time if you think about an adult trying to learn to speak English,” Feagins said. The International Center tries to offer support for the families for as long as they can.

Feagins feels that the things the International Center does brings hope to families.

“We show them that America is not so big and so scary and you can still make it,” Feagins said.

Although Handzic cannot recall the brief time in her childhood that was spent in Bosnia, she does feel it has impacted her life today.

“I feel like I’m not necessarily more cultured but I think I’m more open minded than some people that were born and raised here,” Handzic said. “I’m also able to pick up a new language a lot easier because I’m bilingual.”

Her background and bilingualism led Handzic to major in International Business.

Although Handzic said she would like to go back to Bosnia and visit her grandparents, she wants to stay in the United States to work.

“This is where the opportunity is,” she said.