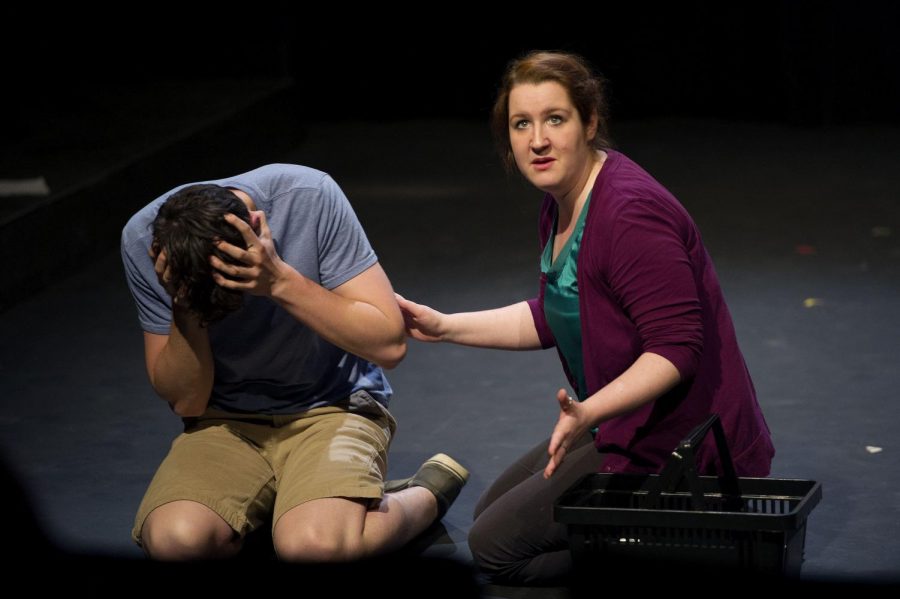 The WKU Department of Theatre & Dance will present its New Works Festival April 10-13 at the Gordon Wilson Lab Theatre.

Nashville junior Anna Lee McFadden is the dramaturge for the New Works Festival.

“I think everyone should come — not only to see new, original work produced by people here at WKU, but also to support the arts,” she said.

“I thought this was a good outlet to try something new and try to get a new experience in something I’m not totally familiar with,” he said. “I dance, but I’d never done that creative side of dance.”

Lexington junior Fiona Mowbray is a dancer in “Green Lights and Pretty Flowers.”

“I wanted to participate [in the New Works Festival] because it’s exciting that WKU is giving us the opportunity to try something new and create new pieces,” she said. “It’s nice to be a part of something brand new and original preceding any embodiments before it. Normally, a show has its original cast and you’re bound to a certain way of doing things. This gives you more free reign and a chance to try something new.”

McFadden said she gets to help each individual piece tell a story but also a tell story with the entire New Works Festival.

“I’ve been working primarily with different playwrights and developing their pieces to make sure it all makes sense,” she said. “I’m helping them through the creative process — from the beginning with their proposals to being onstage today.”

Pless said being able to try something new has been a highlight for him.

“I’ve found that I can succeed at new things, and I can branch out and try different things and if it works, it works,” Pless said. “It’s awesome to see that come together, especially on stage in a performance.”

McFadden hopes that everyone involved with the New Works Festival gets a sense of the process it takes to create new work.

Mowbray agreed, but also hoped people come to the New Works Festival with an open mind.

“Everyone is putting themselves out there in a new way they haven’t done before,” Mowbray said.