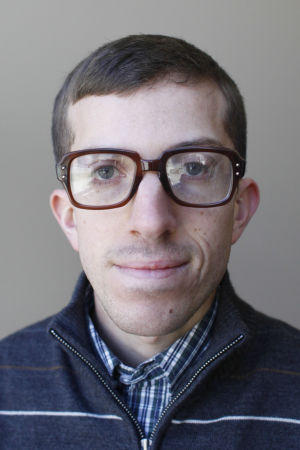 What is more hypocritical than staying up late to write a column about the importance of sleep. Well, in my defense, each one of us faces unique problems regarding health. Each one of us has strengths and weaknesses.

One of my weaknesses these days: I do not sleep regularly. Coincidentally, nearly every person with whom I have spoken about this column suggests that this is a problem for them, too.

In fact, lack of sleep is considered by many to be a major ailment of modern society, and research has shown that lack of sleep on a regular basis is associated with chronic medical conditions such as obesity, diabetes, high blood pressure and mood disorders like depression and anxiety. Given that sleep is fundamental to existence, why do so many of us, intentionally or not, lack it?

Some believe that the issue is mainly due to technological advances, from the smartphone in recent times to the television and the light bulb, which illuminate the night and may disrupt the normal sleep-wake cycle.

Historian A. Roger Ekirch has written extensively about the sleep habits of our ancestors from centuries ago. Based on historical evidence that he gathered, he said that it was common before the invention of the light bulb for people to sleep in two distinct segments of the night, initially going to sleep within two hours of daybreak, rising around midnight for an hour or two to pray, read or have sex, and sleeping again until sunrise. Some believe that this is the evolutionary norm for humans and that our departure from this norm within the last century causes the problems with which many of us are familiar.

Although research explains the importance of sleep for the immune system, the cardiovascular system and the brain (which is actually quite active during sleep), researchers still do not know exactly why we sleep. There are of course several theories, each likely interconnected.

For example, one theory suggests that sleep developed mainly as a means of conserving energy during the night. After all, both body temperature and metabolism naturally decrease during sleep and, if sleep was effective, one feels refreshed and reenergized. Perhaps, another theory suggests, the main reason we sleep is to restore or heal whatever parts of the body need restoration or healing.

Restorative functions throughout the body like tissue repair and muscle growth have been found to happen mostly during sleep. Or perhaps, finally, brain development and organization is the essential element of sleeping. Studies show that learning, memory and attention are less efficient in a sleep-deprived person.

We all have experienced the effects of a night poorly slept or one not slept at all. We feel groggy, cranky and unable to focus. For students in particular, less sleep could mean less focus in class, decreased motivation or incentive and lower grades.

It could also mean a decrease in the function of memory. Research suggests that sleep plays a particularly important role in the consolidation of memory, or the process by which a memory becomes stable in the brain and able to be easily recalled. This consolidation appears to happen mostly during sleep through the strengthening of connections between nerve cells in the brain.

If a connection is strengthened, the information at the end of the connection can be accessed more quickly and clearly. Researchers still do not know the exact mechanism by which this ‘strengthening’ happens, yet many believe that particular types of electrical activity in the brain during different stages of sleep are associated with particular types of memories.

Of course, ‘pulling an all-nighter’ seems like a rite of passage inherent to college life. According to a 2007 study at St. Lawrence University in Canton, N.Y., two-thirds of college students report pulling at least one all-nighter during a semester.

There are several reasons that students may intentionally stay up all night: to cram for a big exam, to work on a big paper due the next day, to socialize at a party or to watch a series on Netflix. Of course, many really wish to sleep at the end of the day but find that they cannot. If you find at the end of the day that you want to sleep but can’t, you can make it easier for yourself:

Reduce light at night: Creating a better sleep environment can make your body respond. A sleep environment is a quiet, dark, and cool space. Particularly reducing your exposure to light from handheld devices, a computer, or television can help in the secretion of melatonin late in the day. Avoid stimulants in the evening: Caffeine is a stimulant that keeps most people awake. It inhibits a chemical called adenosine which, researchers believe, contributes to the feeling of sleepiness. To sleep better, avoid caffeine, nicotine, and alcohol four to six hours before bedtime. Have a relaxing routine: Establishing a pattern can help to set your body’s internal clock and to make sleeping easier thereafter. When I find that I am struggling to fall asleep, I read, write, or listen to music, usually over a warm cup of tea (caffeine-free). Try natural sleep aids: Melatonin has received support as a safe and effective alternative to sleeping pills. Personally, I have found valerian root to be helpful. There is some evidence that this herb is effective for sleep disorders. It is commonly found in ‘sleepytime’ teas and can also be taken as a capsule

BBC article on the nature of sleep