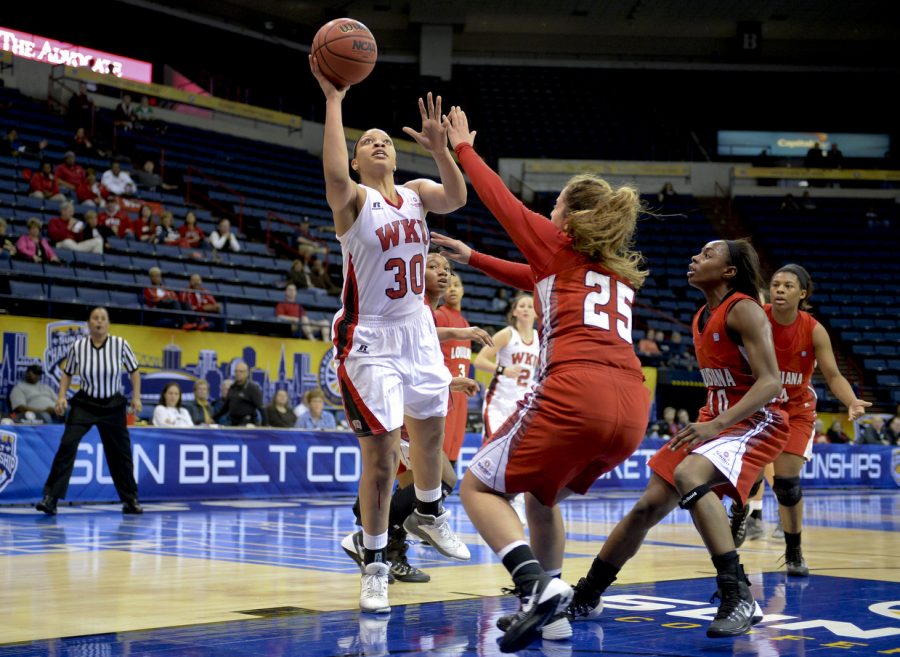 WKU's junior forward Chastity Gooch (30) shoots over ULL's guard Sylvana Okde (25) during the first half of WKU's game against the University of Louisiana Lafayette in the first round of the Sun Belt Tournament Wednesday, March 12, 2014, at Lakefront Arena in New Orleans, La. (Jeff Brown/HERALD)

The Lady Toppers escaped with a big first round win Wednesday night. But their season was almost cut short by ULL guard Sylvana Okde.

Okde, who averaged 10.9 points per game coming into Wednesday night, had 21 points against WKU, with seven three-pointers.

Five of those came in the first half, where she led all scorers with 15 points.

Heard said the Lady Toppers had to adjust on defense in the second half to stop the sharp-shooter.

“She was shooting them from 22, 24 feet,” Heard said about Okde. “She’s an unbelievable player and we know that. That’s what we talked to them about, to make sure that we could try to get our hands up and that’s why we did the switching on the defense and tried to change up, to keep them on their toes.”