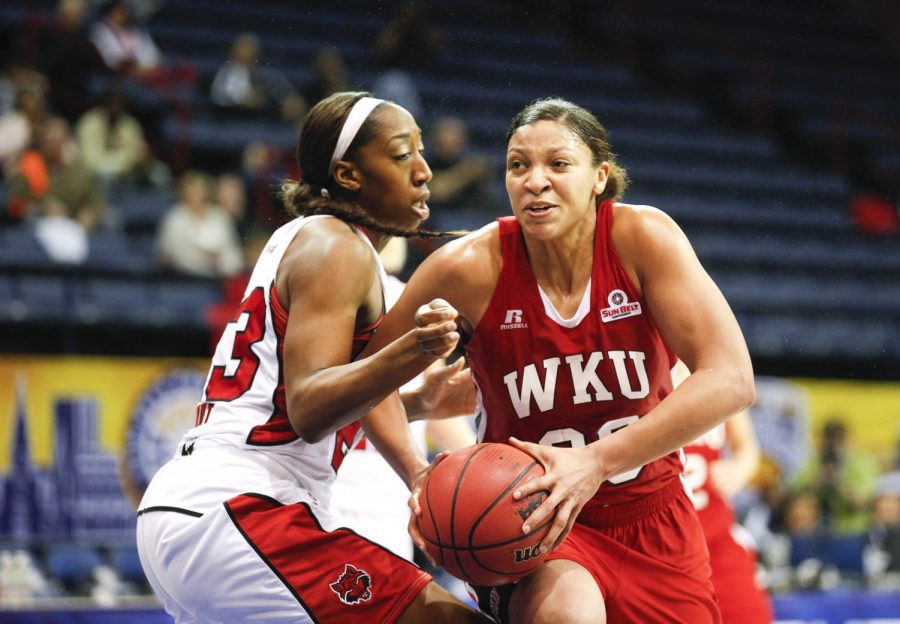 WKU's junior forward Chastity Gooch (30) drives around ASU's forward Jasmine Hunt (23) during the second half of WKU's 61-60 victory Arkansas State in the championship game of the Sun Belt Tournament Saturday, March 15, 2014, at Lakefront Arena in New Orleans, La. Gooch led the Lady Toppers playing all 40 minutes and notching 26 points. The Lady Toppers secured a place in the NCAA tournament with their win. (Mike Clark/HERALD)

It’s not enough that the Western Kentucky women’s basketball team will be playing in it’s first NCAA Tournament since 2008.

It’s also not enough that the first test for the Lady Toppers’ (24-8) happens to be the No. 5 team in the country according to the latest Associated Press poll.

And when you think the resume doesn’t get any better than that, it gets perfect.

In 2012, Baylor completed the season with a perfect 40-0 record and a National Championship over Notre Dame.

The last time Baylor lost in the Ferrell Center was during the 2009-10 season when the Lady Bears finished 27-10.

But that stuff doesn’t matter to WKU coach Michelle Clark-Heard. The court is still 94-feet long, 50-feet wide and the rim is still 10-feet high.

In fact, Heard wants everyone to know WKU has had its own share of success.

“I think the biggest thing no matter what team you are playing, you still have to make sure your team is focused when they walk into to play,” Heard told reporters in Waco on Friday. “I think the greatest thing about it is that Baylor has had a bunch of success, but Western Kentucky has some trophies too in our trophy case. The thing about it is it’s been a while.

“What we try to talk about is trying to make sure we can get back to this point in our program and continue to let our program grow.”

Part of Baylor’s home success can be contributed to the support. The Lady Bears averaged 6,976 fans in home attendance this season – good for eight nationally.

But WKU is playing its best basketball with a 10-game win streak that helped the Lady Toppers earn the Sun Belt Conference championship over Arkansas State last weekend.

“We are coming in here confident on our 10-game winning streak,” junior forward Chastity Gooch said. “We just have to keep playing the way that we have been as a team, keep communicating and focus on defense. That helps us with our confidence a lot.”