Toppers slip up at UT Arlington to lose 80-73 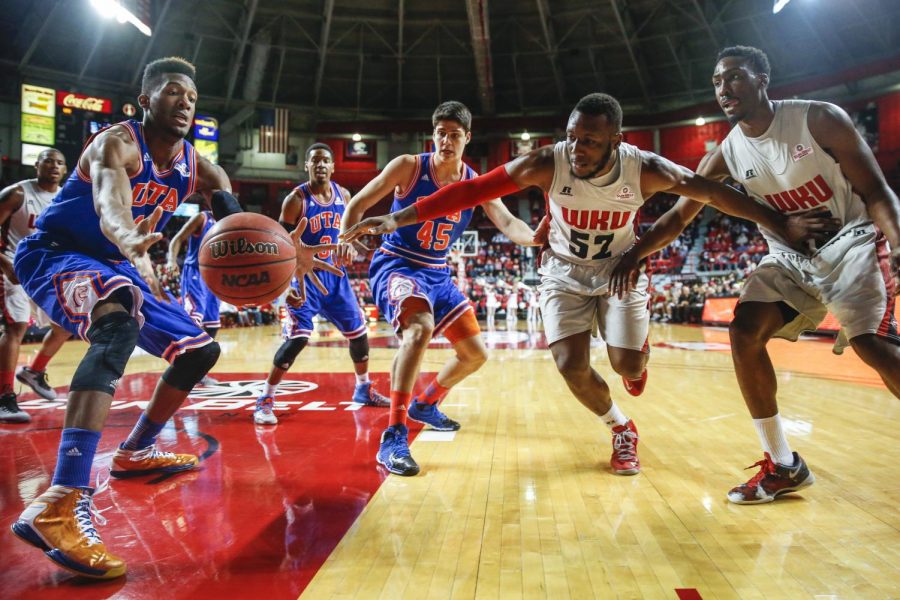 Tyler Lashbrook
WKU led Texas-Arlington for nearly 37 minutes, but the Mavericks took a one-point advantage with 3:30 remaining and the Toppers never could regain control, eventually dropping a 80-73 decision to the Mavericks.
The Toppers (19-10, 11-5 Sun Belt) were outscored 31-14 in the final 10 minutes of the game.
“We couldn’t guard them,” WKU coach Ray Harper told WKU Radio. “We couldn’t guard Reger Dowell and we put them at the free throw line.”
​
Dowell, a senior transfer from Oklahoma State, scored a career-high 37 points Saturday against the Toppers.
Junior guard T.J. Price led WKU with 17 points. Senior Brandon Harris added 14 while George Fant, Caden Dickerson and Trency Jackson each had 11 points.
Freshman guard Chris Harrison-Docks, an 89 percent free throw shooter, had a chance to tie or regain the lead for the Toppers at the free throw line with 2:29 left, but missed both opportunities.
“He didn’t bang them tonight,” Harper said, “but hopefully we can get better. We’ve got another tough one on Thursday evening.
The Toppers will host Louisiana-Lafayette for senior night in their final home game of the year. After that, they head off to Atlanta to play Georgia State, who locked up the No. 1 seed with a WKU loss.
Delete Image
Align Left
Align Center
Align Right
Align Left
Align Center
Delete Heading