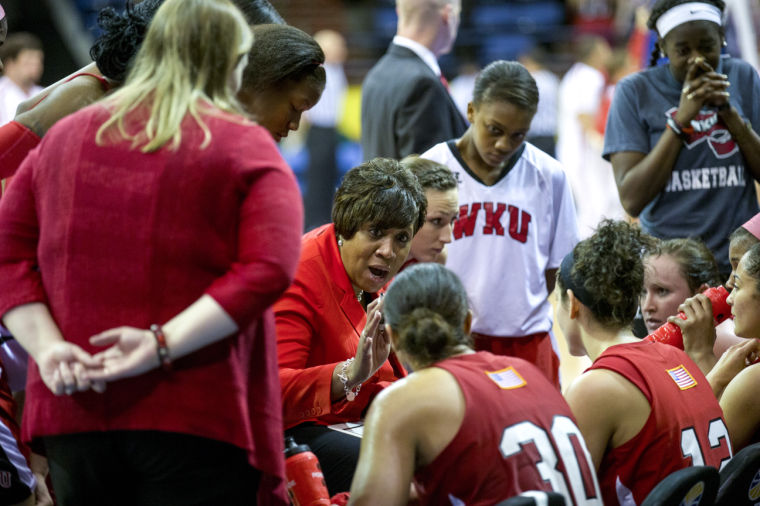 WKU’s head coach Michelle Clark-Heard speaks to the Lady Toppers during a timeout in the final minutes of their 61-60 victory over Arkansas State in the championship game of the Sun Belt Tournament Saturday, March 15, 2014, at Lakefront Arena in New Orleans, La. The Lady Toppers secured a place in the NCAA tournament with their win. (Mike Clark/HERALD)