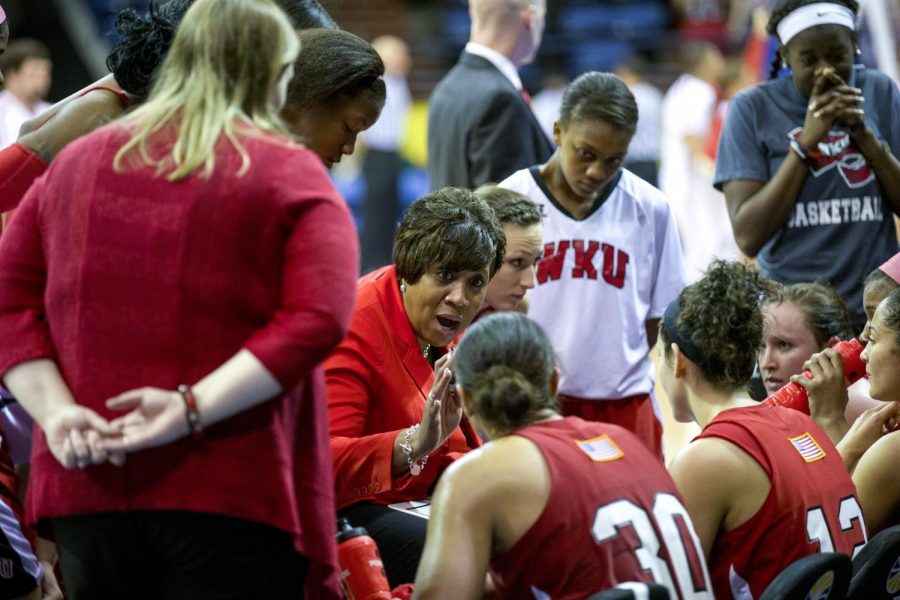 WKU's head coach Michelle Clark-Heard speaks to the Lady Toppers during a timeout in the final minutes of their 61-60 victory over Arkansas State in the championship game of the Sun Belt Tournament Saturday, March 15, 2014, at Lakefront Arena in New Orleans, La. The Lady Toppers secured a place in the NCAA tournament with their win. (Mike Clark/HERALD)

Coach Michelle Clark-Heard went with the defensive change with about 15 minutes remaining and according to Noble, it forced ASU into turnovers which led to high-percentage shots on the other end of the floor.

“I think it helped our intensity a lot,” Noble said. “We got them sped up a little bit, they started making some mistakes and we got some stops. That led to us getting some easy baskets.”