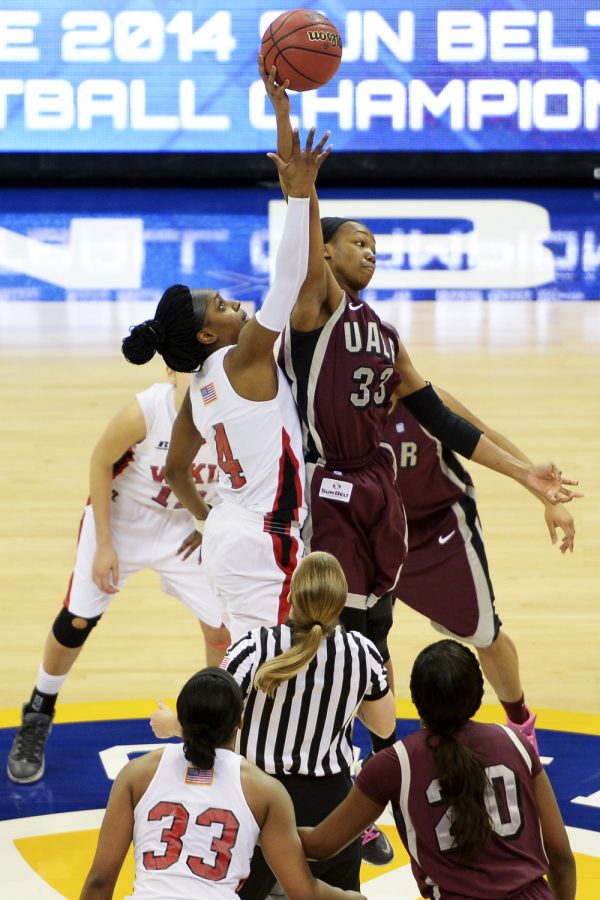 WKU loses the tipoff to UALR freshman forward Keanna Keys at the start of the game against University of Arkansas-Little Rock in the 2014 Women's Sun Belt Tournament at Lakefront Arena in New Orleans, La. on Friday Mar. 14, 2014. (Jeff Brown/Herald)

“You can’t win a championship if you don’t get to the championship game,” Heard said. “And that’s our whole goal is to get there and be prepared and ready to just go to battle.

“I know our girls are excited. I know I’m excited as a coach. We’ll just be ready to go.”