Parking spots to be eliminated next fall 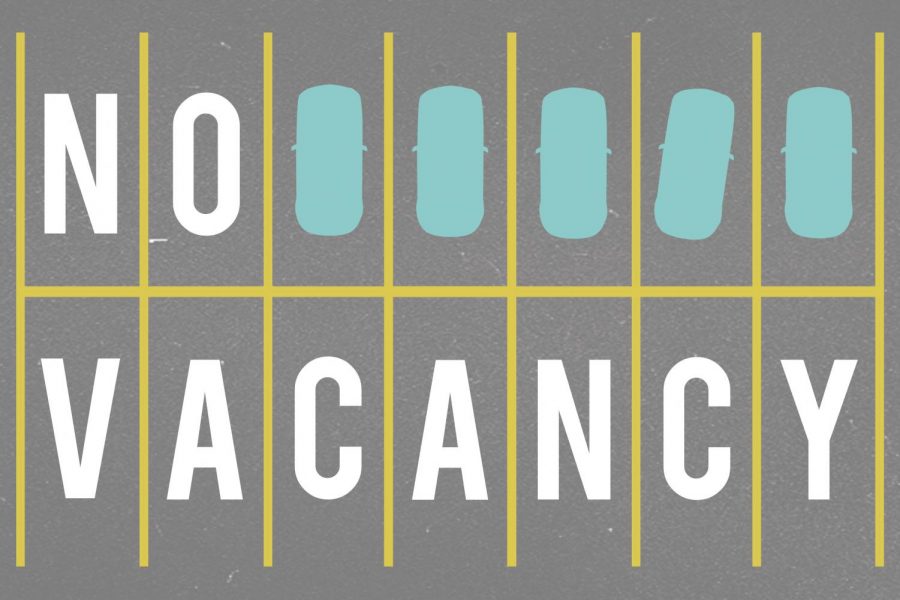 Parking at WKU is about to experience a major shake-up starting next semester.

The leased lot has been bought by Trittenbach Development, a construction company based in Missouri. Trittenbach plans to build housing and retail space in the area. The parking lot will remain available for use until May 31.

Dennis Cain, transportation analyst for PTS, said a survey was sent out last month to get feedback on how to handle the parking issue.

“In general, we recognize that there’s a crunch,” Cain said. “And instead of just going in and making decisions on our own, the first thing we did, we asked the campus, ‘What would you like to see?’”

Approximately 2,000 took the survey with a majority of feedback coming from students.

“Parking is something people do feel passionately about,” Cain said.

Cain said out of all of the parking permit groups that responded, commuters were the most unhappy. Sixty percent of commuters said they cannot find parking where they want it and 76 percent are frustrated looking.

“So, we’re looking at ways to make the commuters’ life a little bit better,” Cain said.

One of these changes includes the leasing of the entire Alumni Square Garage, which contains around 450 parking spaces. However, Tougas said the garage will also be used by those staying in the Hyatt Place hotel once it opens.

“But we will have more inventory,” Tougas said. “We’ll be able to sell more parking permits there.”

Cain said over the years, housing parking permit sales have dropped. Because of this, PTS could reallocate how parking is set up between housing and commuter lots.

Tiered parking for students living in housing has also been discussed as a possible change. Tougas said if this were to be implemented for housing students, parking lots closest to the residence halls would be considered “premium’” while parking lots on the perimeter of campus would be “non-premium.” If this were to be done, premium parking permits would be limited.

Tougas said the benefit of this is that those living on campus with premium permits will be more likely to find parking spots because they will not be competing with as many people.

Tiered parking does have its drawbacks, Tougas said.

“The downside of that is that if you’re in non-premium and you really want to be in premium, you’re on a waiting list until a parking space opens up,” Tougas said.

Tiered parking is already available for faculty and staff.

Stephen Rowland, transportation manager for PTS, said the Topper Transit could undergo a change as well. One of these discussed changes is an expanded Green Line, which takes students to shopping destinations. This discussion arose due to the development of Gary Farms.

“We have a lot of interest in with the new Meijer’s,” Rowland said. “There’s a Dick’s Sporting Goods that’s attracting attention.”

Other lines of the Topper Transit could change as well, such as the Red Line.

“With the advent of more student housing and more student activities on the north side of campus, we’re seriously thinking maybe using the Red Line up there and not taking it to South Campus,” Rowland said. “Of course all this is speculation right now.”

Tougas said PTS is also looking to work with GoBG, Bowling Green’s public transit system, to increase the frequency of pickup for those who live in off-campus apartments.

The changes will be finalized shortly after spring break. Cain said the changes will be the most significant the campus has seen in several years, but PTS is using the survey responses as the basis for its changes.

“That is our goal, is to make the parking experience at Western better,” Cain said.