EDITORIAL: Body shaming exists in many forms, but shouldn’t exist at all 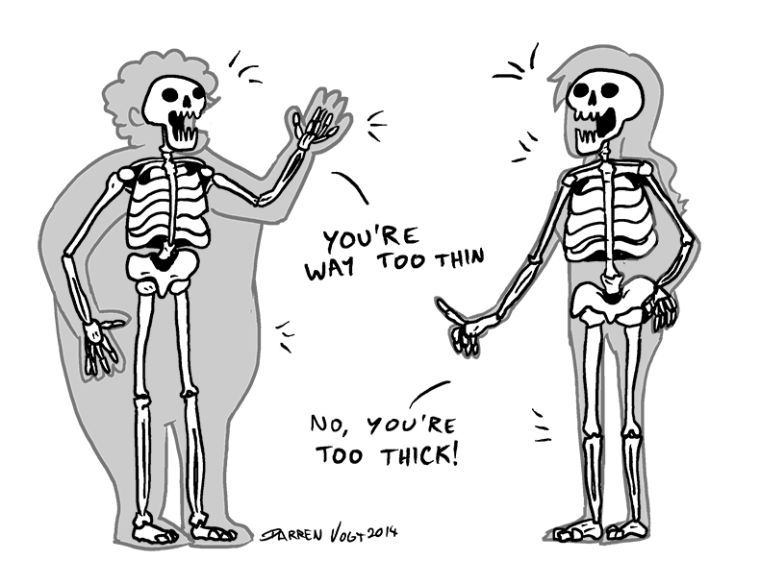 THE ISSUE: Body-shaming is a complex issue that still plagues today’s society, and involves every body type and gender.

OUR STANCE: Look, we know how difficult it is to go to the beach during Spring Break and not critique every other beach body out there, including your own. But we want to let you in on a little secret: that’s body-shaming, and body-shaming is never a good thing.

We understand that body-shaming is a complex subject, and a very sensitive one, but an issue worth discussing because of its potentially negative effects on any human being.

In today’s world of constant media and constant scrutiny, it may seem downright impossible to not judge the body of another, or even your own body. Shame has become as much a part of us as our own clothing, our own skin, in which we are too uncomfortable to be.

But before we condemn the act of body-shaming, it is important to understand exactly what it is.

According to waldenbehavioralcare.com, body-shaming includes criticizing one’s own body, criticizing another’s body to his or her face, or behind his or her back.

In today’s media-driven world, avoiding body-shaming seems impossible. Just stand in line at the grocery store and look at any women’s magazine, or turn on a sitcom or comedy, and you’ll see fat-shaming firsthand.

“Lose three pounds in three weeks, ladies!!” “She’s dating THAT guy? But he’s short and fat!” “You can’t expect to snag a mate when you look like THAT!” “I can see her neck muscles, so easily, it’s like she’s anorexic”; these are but a few of the types of body-shaming we’ve experienced.

An important thing to understand about body-shaming is that there are other examples beyond skinny- and fat-shaming. Body-shaming can include shaming amputees, shaming people with tattoos or even shaming a person for their height.

While it may seem impossible to escape body-shaming, it is possible to not participate in it. After all, positivity is what gets us through these years before we head out in the scary real world.

We think that while it may take time, you should learn to love your body as it is. That doesn’t mean you can’t desire to lose or gain weight for health reasons, to get a tattoo or a piercing or to even get that prosthetic limb.

But it does mean learning to be comfortable with who you are now, because if you don’t love yourself now, as you are, when will you?

And besides, we think you look great.

This editorial represents the majority opinion of the Herald’s 9-member editorial board.