Top to South: WKU looking for answers after Jaguars stun Toppers in Diddle 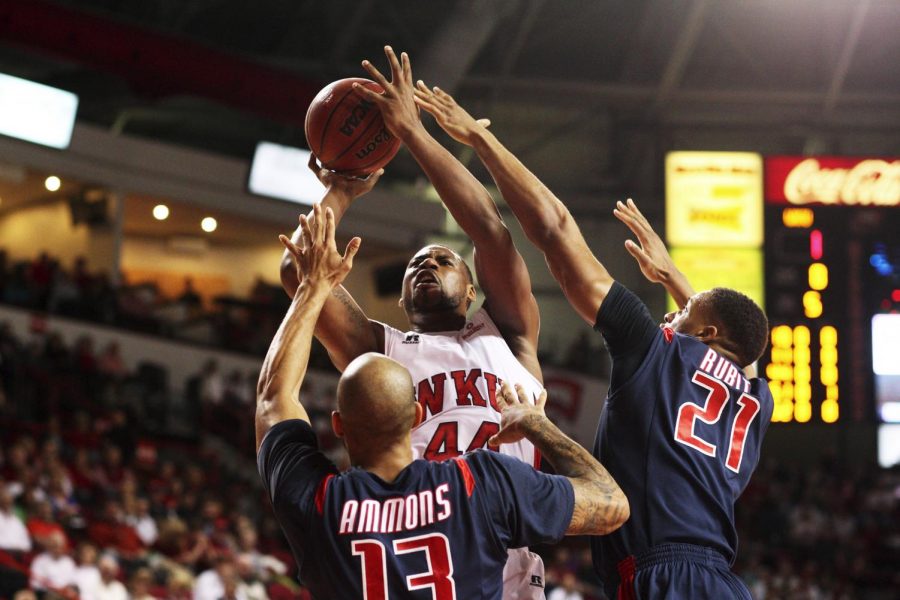 WKU’s recent home loss against South Alabama was unlike any of its other nine losses.

“It looked like (South Alabama) wanted to win the basketball game more than we did,” Coach Ray Harper said.

Senior guard Brandon Harris said “it was terrible” that the Jaguars wanted it more.

“You all see how we played when we made the run when I was here and the year before that. You stop people; you play harder than people- that’s how we always win. We didn’t do that today. We tried to kick it in there in spurts, but you can’t start 25 minutes into the game and expect to pull it off. It doesn’t happen that way all the time.

“You can’t expect a miracle all of the time, you have to make things happen.”

But WKU has a week to put the loss behind them in preparation for Louisiana-Monroe Saturday in Diddle Arena.

“Any time you have a week off it’s definitely going to be good,” junior guard George Fant said.  “I think we’ll come back hungrier than ever and we’ll be ready to go.”

On Saturday, the Toppers tried to make it happen: they cut a 19-point second-half deficit to six.

But it was too late.

“If you’re going to come back from a deficit, you have to make stops, and we couldn’t get a stop,” Harper said.

Through the first 25 games, the Toppers, for the most part, were able to get stops when they needed them. They boast the second best scoring defense in the Sun Belt Conference.

Against South Alabama, however, they couldn’t muster up the defense necessary to complete their comeback.

“We scored enough in the second half to win the game,” Harper said. “We didn’t get enough stops. We would make a three, and then didn’t find guys out of our press. We didn’t rotate back, and boom, a three right back at us.”

Fant said that South Alabama needed to beat the Toppers to get to the Sun Belt tournament. The Jaguars came to Diddle with a 1-10 Sun Belt record and sat at the very bottom of the conference. A loss would have eliminated them from postseason contention.

“I feel like they came, and as bad as is it is to say, they wanted it more,” Fant said. “They got all of the 50-50 balls, all of the extra rebounds. We slipped up and it’s a tough pill to swallow, but we have to bounce back.”

Bouncing back is something the Toppers have proven capable of this season.

They’ve lost two-straight games just once this season—a home stand early in January against Georgia State and Arkansas Little-Rock—and they bounced back with six-straight wins directly after that.

They will get a chance to bounce back again at home this Saturday against ULM, a team they handled decidedly in Monroe, La. 69-51, Jan. 23. From there, WKU embarks on a Texas road swing against Texas State and UT Arlington.​