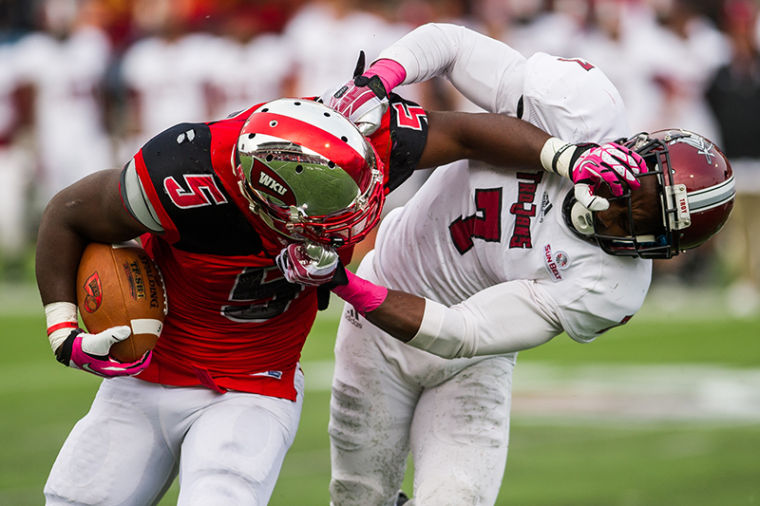 Western Kentucky University's Antonio Andrews gets away from Troy's Chris Pickett during their game at against Troy at WKU on Saturday, October 26, 2013.

Three former WKU football players competed in the NFL Scouting Combine in Indianapolis, Ind. looking to impress potential employers on their path to the league.

Sun Belt Conference Player of the Year and All-American running back Antonio Andrews and All-Conference defensive members Jonathan Dowling and Andrew Jackson become the first Toppers since 2002 to attend the combine.

Dowling clocked in as the fifth fastest safety, clocking in at 4.52 in the 40-yard dash. Dowling also jumped 33.5 inches in the vertical jump test, 118 inches in the broad jump, and recorded 4.24 seconds in the 20-yard shuttle.

Andrews is projected as a fifth or sixth round draft pick according to nfldraftscout.com. By the same report, Jackson and Dowling are projected as a seventh round pick with Jackson rated the 10th best inside linebacker out of 175.

The NFL Draft takes place May 8-10 in New York City.