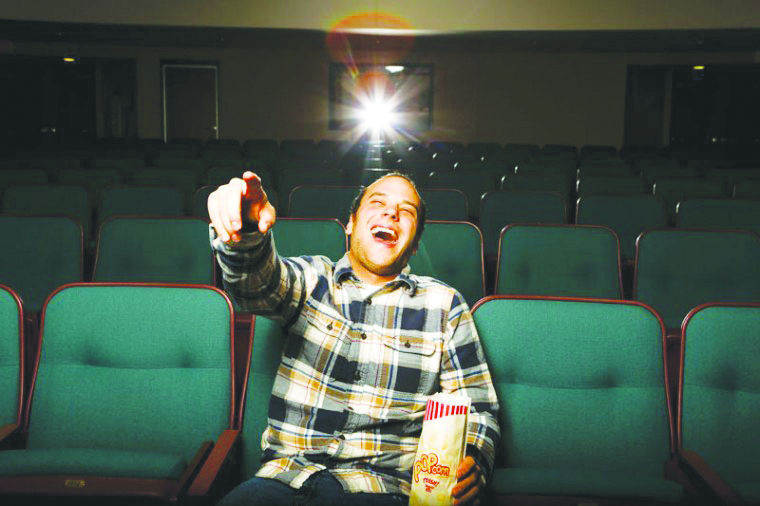 THE REEL with Ben Conniff

I’ve never seen Franco Zefirelli’s 1981 version of “Endless Love,” but from what I’ve heard, you couldn’t do much worse for a romance picture. One would think a remake might do the title some good.

If that’s the case, the original literally must be the worst movie ever made because Shana Feste’s 2014 update might as well be called “Endless Pain.”

I’ve also heard that the only similarity between this film and the 1981 version is the title. Just so you’re familiar with the more recent rendition of “Endless Pai-” sorry – “Endless Love,” it’s about two beautiful, crazy kids (Alex Pettyfer, Gabriella Wilde) – Jade, a girl of privilege, David from the working class – who fall madly in love the summer after high school graduation. Their desire is complicated by Jade’s college plans and the wishes of her intimidating father (Bruce Greenwood) that she should focus on her future as a pre-med student.

The character development lent by Feste and Joshua Safran isn’t bad. The most well-crafted is Jade’s father, Dr. Hugh Butterfield (Greenwood). Though we never explicitly see the death of his oldest son, we understand the toll this even has taken on Hugh.

His attitudes and values against seemingly meaningless summer love are honed by it. His middle son (Rhys Wakefield) has disappointed him by studying communications which, as Hugh puts it, is “for yoga instructors.” He wants his youngest daughter, Jade, to follow in the footsteps of her deceased brother.

bShe’s on track to do that until she falls for David.

When his idyllic world starts to slip out of his control, Hugh finally starts to realize the error of his ways and finds redemption by the end. The movie should’ve really been about him.

The rest of the cast never comes anywhere close to Greenwood’s level. Pettyfer and Wilde make for several unintentional laughs as they play David and Jade with far too much schmaltz to take seriously.

Their motivations seem half-assed, especially when the virginal Jade takes things to a physical level quicker than Romeo or Juliet would ever dream. My girlfriend smacked me a few times for chuckling at the level of over-acting these kids did. It would be much different if Pettyfer and Wilde had played the roles a little tongue-in-cheek.

The narrative itself seems to glorify bone-headed behavior and premarital sex more than it does true love. Any way you see it, “Endless Love” is woefully unrealistic for these reasons. I felt like I was trapped in a two-hour Abercrombie & Fitch ad, despite some gorgeous cinematography by Andrew Dunn (“Lee Daniels’ The Butler”).

“Endless Love” might earn a recommendation if it had been an intentional parody, because it certainly can’t be taken seriously as a romantic drama.