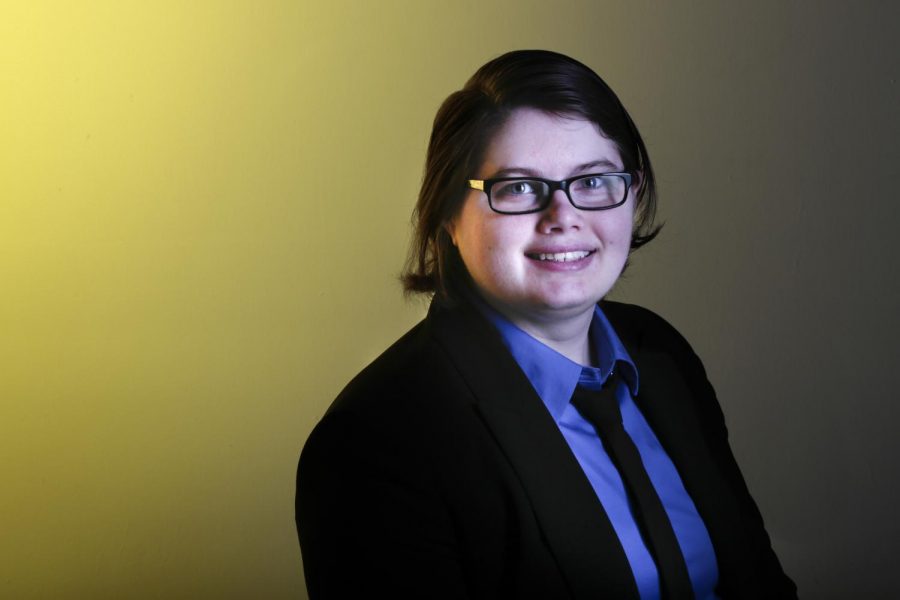 Birmingham, Ala., senior Kristen Guin founded a blog named Queerability to shed light on the members of the Lesbian, Gay, Bisexual and Transgender (LGBT) community with physical and mental disabilities. Since starting the blog, Guin has acquired over 2,700 followers across multiple social media platforms. The abundance of support she has received has allowed Queerability to potentially become a non-profit organization. (Kreable Young/HERALD)

Kristen Guin, a senior from Birmingham, Ala., who identifies as bisexual and autistic, created an online community called “Queerability” for other people like her on Jan. 15, 2013.

Queerability spans multiple social media platforms. In the past year, Guin said the Facebook page has received over 1,200 likes, the Tumblr page garnered 2,700 followers, and the Twitter account recently passed the 500-follower threshold.

“We’ll lobby for things like marriage equality, inclusive healthcare for LGBTQ people, as well as those with disabilities, and better educational opportunities for members of either community,” Guin said.

Guin said she spoke at OCALICON 2013, a national conference and exhibition on autism, assistive technology and low-incidence disabilities, and she heard some very tangible examples of what Queerability has done.

“There was a professor there who works with people with disabilities who said her students used Queerability to find people like them,” Guin said. “I also spoke with a lesbian who said I gave her hope for her son who had recently been diagnosed on the autism spectrum.”

“She was so passionate about it, so I thought she’d had it for a while, but it had only been started earlier that month,” she said.

“I think it’s really neat that Kristen didn’t accept the terms and decided to find a place where both of those [the disabled and LGBTQ communities] collide. They’re both categorized as so different, so it’s neat that she, for herself and others, took the initiative to find that common ground,” she said.

Jones added that she has noticed Queerability making its mark in a lot of different ways over the last year.

“Amy Poehler followed it on Tumblr, and it was really exciting to see even that little bit of recognition,” she said. “I spoke with Kristen at OCALICON, and to have to a couple people specifically say they use Queerability as a resource was really neat, because she’s worked so hard on it in the last year.”

Andrew Salman, a Scottsville senior and president of WKU’s Student Identity Outreach, said he thinks Guin is an excellent activist and that he would like to see Queerability continue to grow.

“The particular intersections she’s addressing are important and something that isn’t addressed like the intersections between queerness and race or queerness and gender,” Salman said. “I hope to see more visibility for her and opportunities for her to advocate and bring herself into views of policy-making and politics.”

For those in the LGBTQ or disabled communities who may be concerned about opening up to the online community, Salman said one of the great things about Tumblr is that your name only gets attached when you want it to.

“You don’t have to be a member to read and catch up,” Salman said. “To start out, you can read anonymously, learn all you can, and reach out privately and join the conversation at the rate you’re comfortable doing so.”

Jones said that although each person’s situation in life is unique she’s seen people on Queerability speak out and say they have faced the same problems as others.

“It’s been neat to have articles pop up saying, ‘You’re not the only one — other people have these problems,’” Jones said. “And they’re not just getting by, but they’re thriving, too. It’s neat that there’s a support system like that.

“It’s different, but for that person who might have some reservations, it’s worth looking into and giving a shot,” Jones said.