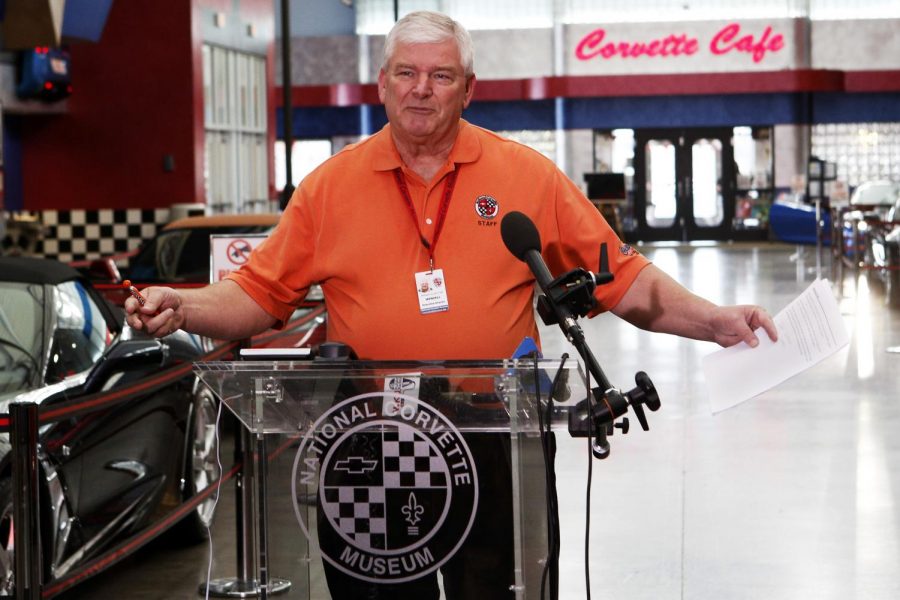 After a 40-feet sinkhole claimed eight Corvettes, the National Corvette Museum had to regroup and map out a way to retrieve the priceless vehicles from the depths of this disaster.

“We live in a karst area with underground cave systems,” Mike Murphy, division manager for Scott, Murphy & Daniel, LLC, said. “We run across this on a monthly basis.”

Scott, Murphy & Daniel is a local construction company that has been contracted to assist in the removal of the Corvettes and in the repairs of the building.

The company estimates that car extraction alone will take four to six days.

Murphy and team are currently working on securing the area in preparation for the car removal process. It will take two to three weeks to stabilize and secure the affected area.

All cars are insured by Chubb Insurance.

“They had an adjustor here on sight with our local agent, Houchens Insurance Group, within just three or four hours when this took place,” Wendell Strode, executive director of the museum, said.

“Since we heard about the incident…Chevrolet was trying to determine what we could really do to lend assistance to the Corvette Museum,” Jeff Lamarche, plant manager for the Corvette Assembly Plant, said.

Lamarche said it became clear that the best way to help would be for Chevrolet to lend their technology and resources to restore the cars.

“We know that these cars represent significant milestones,” he said.

Museum members and Corvette aficionados alike have flooded the museum with requests to help in any way possible.

“I probably have seven or eight hundred emails from folks saying their thoughts and prayers are with us, that they’ll make a donation to help with things — they’re thinking of us,” Strode said. “They’ve really reached out and said “let us know what we can do.””

It is the goal of the museum to have all structural repairs done in time for the 20th Anniversary Celebration over Labor Day weekend.

The festivities will coincide with the grand opening of the NCM Motorsports Park, a new driving track that will host various car and motorcycle-related organizations. The track will be located across the street from the National Corvette Museum.