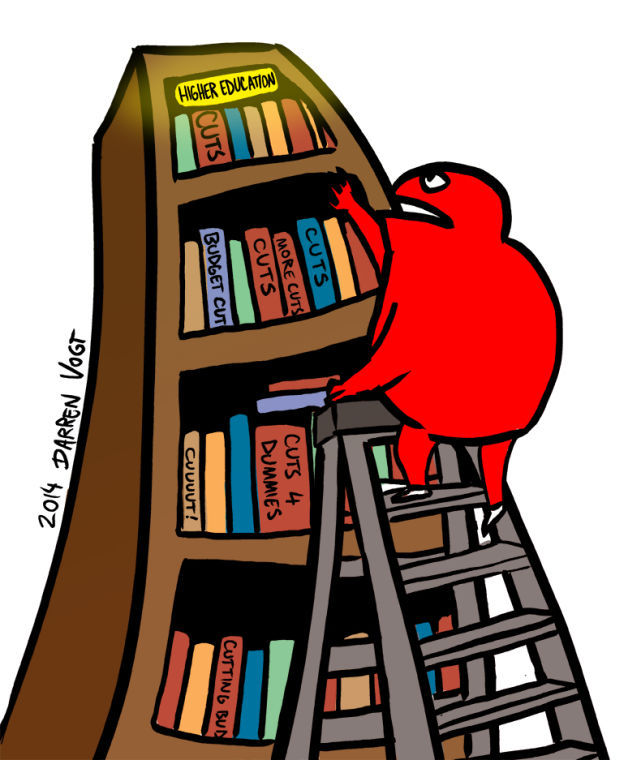 THE ISSUE: Governor Steve Beshear recently proposed a 2.5 percent decrease in the current budgets of Kentucky technical colleges and universities, including WKU, which would lose about $2 million.

OUR STANCE: Cutting money from any budget is difficult, but the public students shouldn’t be the riffraff when it comes to cuts.

No one knows it better than university administrators when it comes to campus budget cuts.

But thanks to a proposed 2.5 percent decrease in post-secondary education aid from the state government by Gov. Steve Beshear, higher education is becoming more and more inaccessible for anyone wishing to attend or remain at WKU.

If this cut is put in place, it means that WKU will have lost nearly 17 percent of its funding since 2008, according to a Herald article.

For a public school that relies on funding from the state, it makes no sense to continually cut money when it doesn’t have many other sources.

When funding is cut from universities, jobs are lost and the quality of the programs the school offers begins to decrease. While WKU has done a great job of not cutting jobs, one can only wonder how much longer the school can continue to retain jobs when they are being handed so many blows so often.

According to Beshear, who called the decision extremely difficult, the post-secondary education budget is being cut in order to invest more money in pre-K through 12th grade education — a cut we find ironic.

We understand that education for all is important and that this cut may seem necessary to the governor. However, shifting money so that one form of public education loses, literally, while another gains the funding doesn’t seem like a good idea.

We wonder if perhaps there is another area of the budget that the governor has not explored in which cuts can be made so that no public education of any kind has to take a hit.

If this cut is made, Ransdell said that tuition would go up 3 to 4 percent for students, which comes after last March’s discussion of raising tuition by 5 percent.

We believe at this rate it won’t be long until students aren’t simply dealing with student loans after graduating, but with the fact that they may not be able to earn a degree from a public school in the first place.