Toppers testing own toughness in prep for No. 6 Louisville 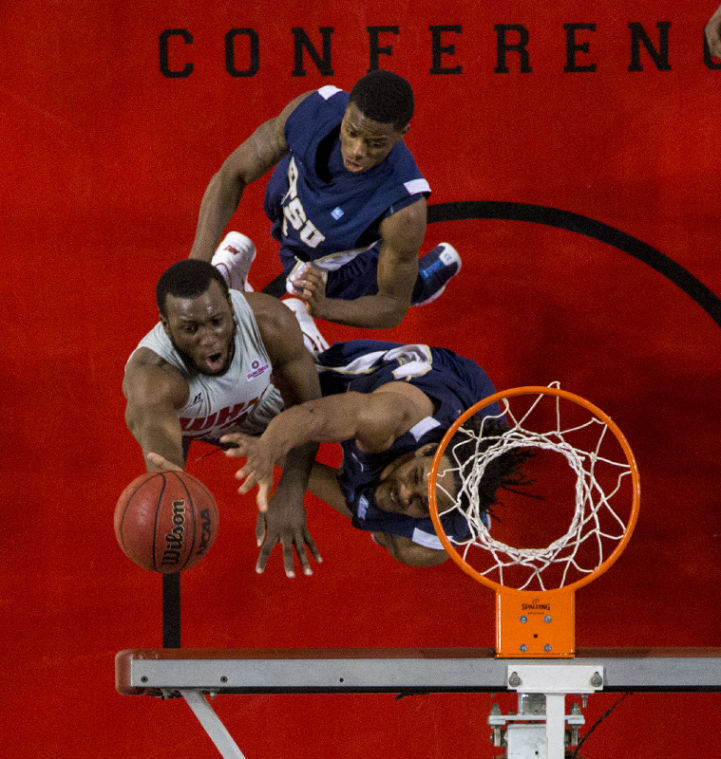 WKU probably didn’t think its first non-conference road victory would come after an eight-game drought in that category.

But just as things may be looking up for the preseason Sun Belt Conference favorites, the holiday schedule is going to get much more difficult beginning with their second opponent from last year’s Final Four at sixth-ranked Louisville.

The Toppers haven’t won against their interstate rival since 2008, but they will see help with potential personnel additions.

Redshirt junior transfer from Texas Tech, Trency Jackson, and redshirt freshman Butler transfer, Chris Harrison-Docks, will “hit the ground running” according to coach Ray Harper if their grades are submitted by Friday.

The duo has practiced with the team for almost a year, but that doesn’t mean every problem could be resolved once they hit the court.

“They’ve been busting their tail for a year, soon they’ll be eligible hopefully, and if that’s the case then we’re going to throw them right in there,” Harper said. “I think our team is growing up, but any time you add some guys that haven’t played you still have some things to figure out as far as rotations and which lineups work the best. These next four or five games will be important for us.”

Luckily for WKU, the Cardinals will be their last road trip before hosting Southern Mississippi, Murray State, and Ole Miss in three of their four games in Bowling Green.

Playing a tough team like Louisville is nothing new for the Toppers, whose next four Division-I opponents are a combined 26-9. But players like T.J. Price understand it’s nothing new to them, and their toughness will be put to the test against the Cardinals.

“We have to find out how tough we are and how good we really can be,” Price said. “It is going to be a tough schedule. It’s going to be something we have to dig deep and grind through. We’ve been through some tough times…I feel like we’re tough, not to compare those (upcoming) teams to the teams we’ve played but just to have something to be confident about and know that it’s doable.”

Price only scored two points in last year’s 78-55 loss to Louisville, but quickly noted the Cardinals’ aggressive defense as the focal point heading into the game. Harper said the offense will have to take care of the ball and not give anything to the Cardinals for free.

“What we can’t do is take quick shots that turn in to quick transition baskets for them or have turnovers that lead to easy buckets for them,” Harper said. “We have to be smart, at the same time, we have to attack them when they’re pressuring us.”

Harper hopes the addition of Jackson and Harrison-Docks could add on to some offensive energy sparked by Brandon Harris’s eight three-pointers in the Toppers’ 69-60 win at Southern Illinois last Saturday. With Jackson possible eligible, Harris could see a move away from the ball as a shooter, where he best suites the team.

Jackson played in 11 games at Texas Tech and averaged 6.6 points and 2.3 rebounds in 22 minutes per game.  Jackson’s energy at point guard is felt by his teammates, and Harper sees that switching Harris and Jackson could open up more opportunities for the offense.

“I think (Jackson) and (Harrison-Docks) should help ease that burden a little bit from (Harris) having to handle the basketball,” Harper said. “Can he play point guard? Absolutely he can, but I don’t think that’s where he’s at his best and where he helps the team the most is being off the ball. It allows him to go to the offensive boards a little harder.”