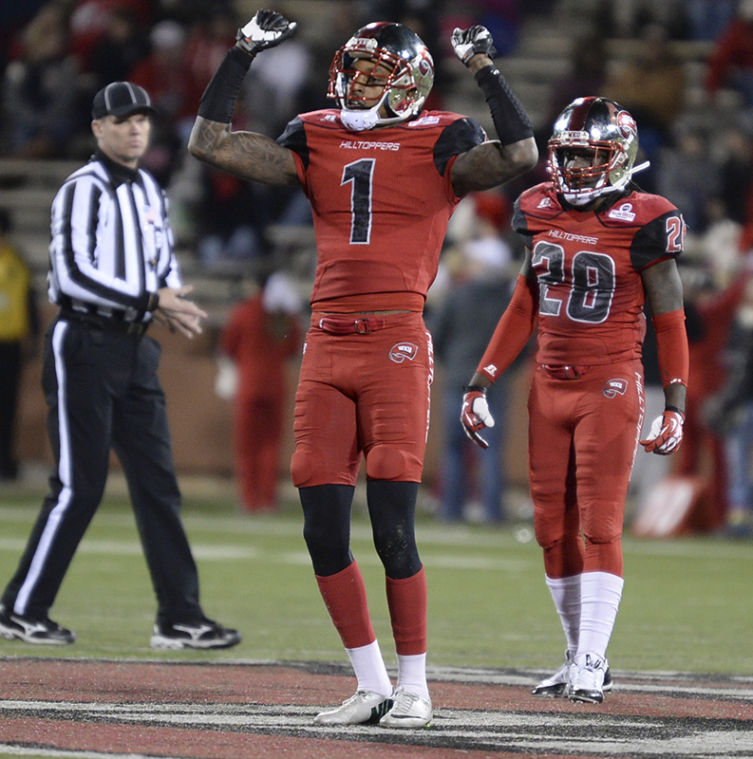 Junior Jonathan Dowling gets the crowd pumped up during the game. WKU won 34-31 against Arkansas State on Nov. 30, 2013 at Houchens-Smith Stadium.

The WKU secondary will be without a key piece when the team takes the field in 2014.

Redshirt junior safety Jonathan Dowling will forgo his senior season at WKU and enter the 2014 NFL Draft, he announced via Twitter Friday afternoon.

“I’m proud to announce I am declaring for the NFL draft! I’m excited for my future! Thank you Topper Nation your support meant everything!!!” Dowling wrote on Friday.

Dowling played two seasons in the Topper red and white, and he was one of the most important parts of the WKU defense. This season he posted 67 tackles, with three interceptions and six forced fumbles. Last year, his first season at WKU, he recorded 68 tackles and picked off six passes. He earned first team All-Sun Belt Conference honors both years.

He came to WKU in 2011 as one of the highest-rated recruits to ever play for the Toppers. The former four-star recruit played a season at Florida in 2010 before transferring. He sat out the 2011 season with the Toppers due to NCAA transfer rules.