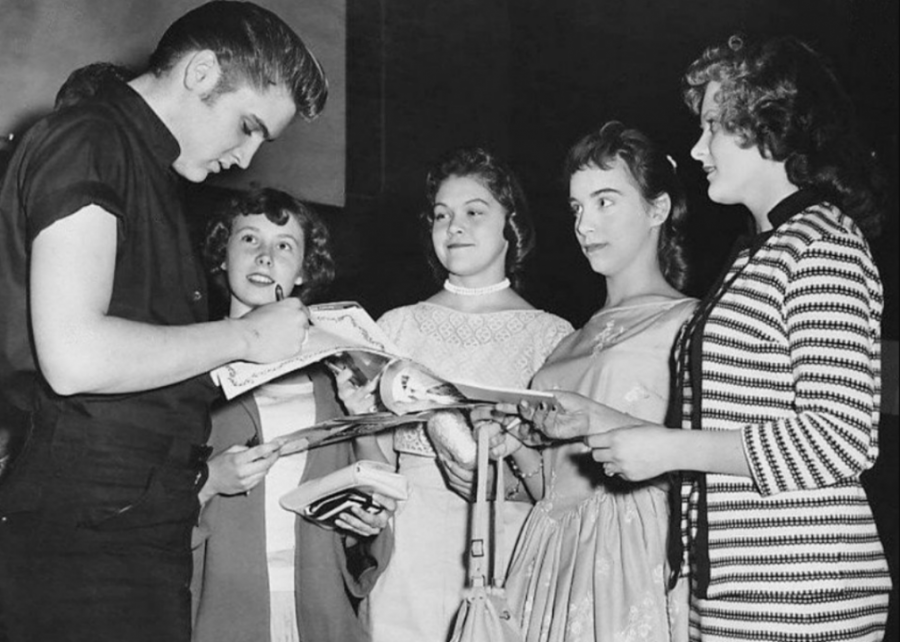 Elvis Presley’s first appearance as a chart leader is also his first single for record label RCA Victor. The song was a simultaneous hit on the country and western and rhythm and blues charts. Elvis made two more appearances at #1 later in the year, with “I Want You I Need You I Love You” and “Don’t Be Cruel.”