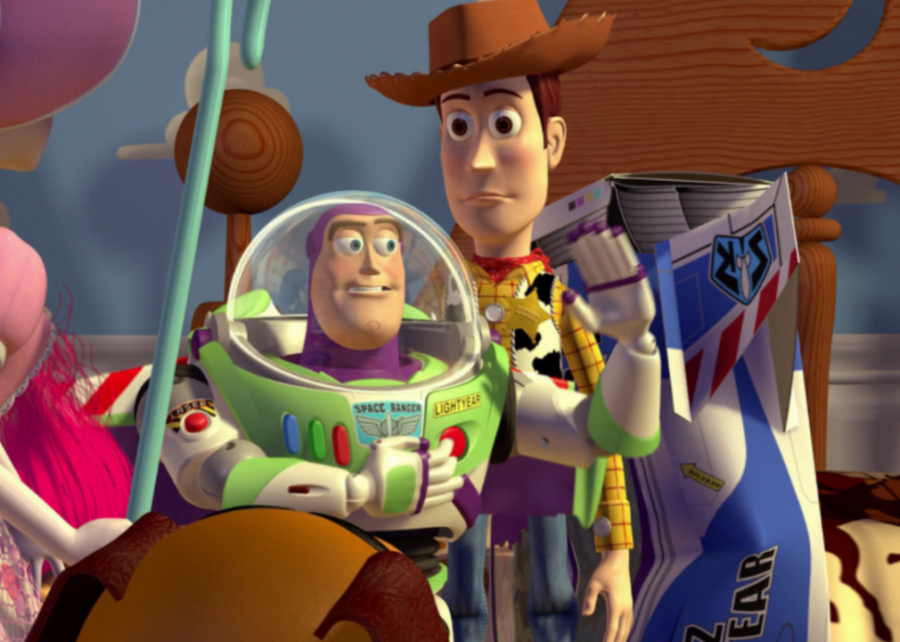 Now one of Pixar’s most beloved franchises, the original “Toy Story” was a box office smash in 1995 as the highest-grossing film of the year. The CGI-animated movie captivated audiences with a story of two toys, a cowboy voiced by Tom Hanks and a space hero voiced by Tim Allen, who vie for the attention of the boy who owns them.