Second half an issue for WKU 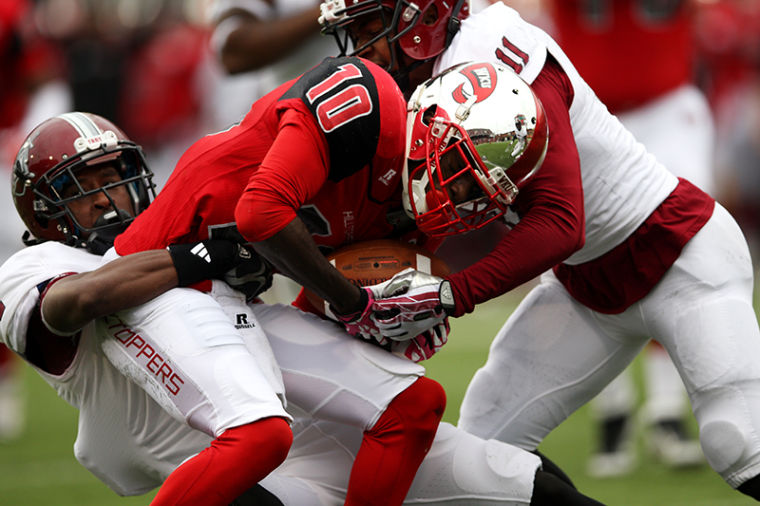 WKU's wide receiver Willie McNeal is tackled after making a first down catch during the first half of their game against Troy at Western Kentucky University on Saturday, October 26, 2013.

WKU has executed its game plan well at times, but keeping the game plan consistent through 60 minutes of play has been an issue.

In each of the Toppers’ four losses, WKU has been outscored 88-19 in the third and fourth quarter. In eight quarters of second half play, WKU has only scored in four of them.

Saturday night was no different as the offense only mustered two field goals to be outscored 22-6 in WKU’s 32-26 loss to Troy.

“They just made more plays than we did,” redshirt junior offensive lineman Cam Clemmons said. “They just came out and executed their plays.”

Coach Bobby Petrino said the defense was able to make plenty of plays in the first half, but Troy executed their game plan better.

“They made their plays,” Petrino said. “They ran those same plays in the first half and either we made a play on the ball or (Robinson) overthrew a couple of them. But in the second half, they hit the plays.”