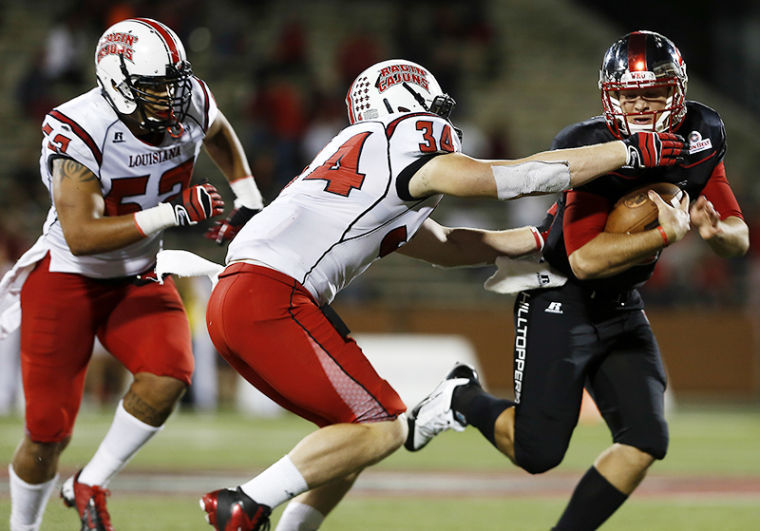 WKU's quarterback Nelson Fishback tries to avoid being tackled during their game against Louisiana at Western Kentucky University on Tuesday, October 15, 2013.

Sophomore Nelson Fishback will earn his first FBS start with WKU today against Troy. Fishback replaces junior Brandon Doughty as the starter, who has struggled with 12 interceptions on the season.

Coach Bobby Petrino said in his press conference Thursday that Doughty, sophomore Nelson Fishback, and redshirt freshman Damarcus Smith each earned a lot of reps this week in practice.

In the Toppers’ 37-20 loss to Louisiana-Lafayette last Tuesday, Fishback entered the game in the fourth quarter and completed 5-of-6 passes for 78 yards. Doughty was pulled from the game and finished having completed 18-of-23 tosses for 260 yards, a touchdown and two interceptions including a 99-yard pick-six.