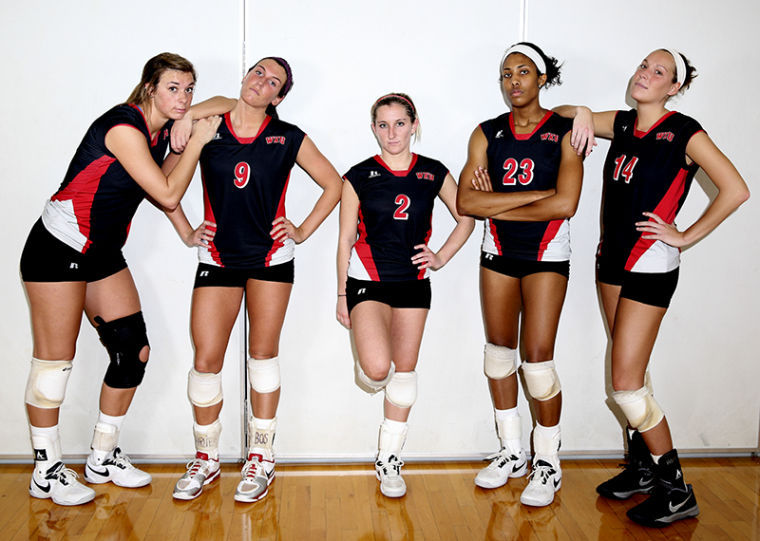 With only seven games left in the regular season, the WKU volleyball team is gearing up for another run at the conference tournament and NCAA Tournament bid. However, for five players it will be their last go-around with a team and a program that has been their family and home for the last four years.

Outside hitter Janee’ Diggins, defensive specialist Ashley Potts, middle hitter Lindsay Spears, setter Melanie Stutsman, and outside hitter Paige Wessel have been around for some of the most successful years in program history.

WKU reached the NCAA Tournament in each of the senior class’ first three years on the Hill, and the Lady Toppers picked up the first tournament win in school history last year over Loyola-Marymount.

The team has also compiled a 91-17 overall record from 2010-2013 and an impressive 44-3 record in the Sun Belt Conference, winning the conference tournament twice.

For coach Travis Hudson, this group not only includes good athletes, but good people.

“The first thing that comes to mind when I think of that group is that they’re great kids,” he said. “They’ve just been the easiest kids to coach in the world. They’re very talented young ladies but they’re even better human beings.”

Younger players on the team see it too, and look up to this group for their leadership.

“They’re more leaders of example,” sophomore outside hitter Rachel Engle said. “The senior class as a whole, I definitely look up to them in their attitudes. They love the game. They’re not burnt out or anything, they’re still loving it, they’re still pushing every day. They want to be the best and that’s what I look up to about them.”

Multiple players in this class will likely break school records before their time at WKU is over.

Currently Stutsman is only 181 assists away from the WKU record. As of Oct. 27, she was averaging more than 11 assists per set and has seven regular season games plus postseason play to break the record.

Likewise, Potts is 122 digs away from the all-time record and is averaging nearly five digs per set as of Oct. 27.

For Potts, however, the legacy she wants to leave behind is not necessarily one involving records.

“I know Travis (Hudson) always has those few players he always talks about and refers to back and I want to be that player,” she said. “I just want to be known as the competitive one and brought it every day.”

Wessel has actually been with the program five years as she was redshirted her freshman year, but she said that this senior class is closer than the class she would’ve been apart of.

“I came in before them and I was really close to the seniors before me, and it was really hard to adjust because I was with them all the time,” Wessel said. “Now I’m closer to Ashley and the rest of the seniors than I am to anyone else on this team.”

Wessel, Stutsman and Potts currently lead the Sun Belt in hitting percentage, assists per set and digs per set respectively. Earlier this season Spears was named to the Mortar Board Premier All-Tournament Team for her efforts in the tournament hosted by Purdue University. Diggins set a career high in kills earlier this season against Louisiana-Lafayette with 16 kills in the team’s lone loss in the Sun Belt.

As the group graduates in the spring and goes separate ways, Potts said she is certain they will remain close and be in contact with each other often.

“When we came in Mel (Stutsman) and I knew each other and that was about it,” Potts said. “Ever since then we’ve all bonded and just become really close. It’s going to be really sad when it’s over, but we’ll keep in touch all the time and it’ll be fine.”