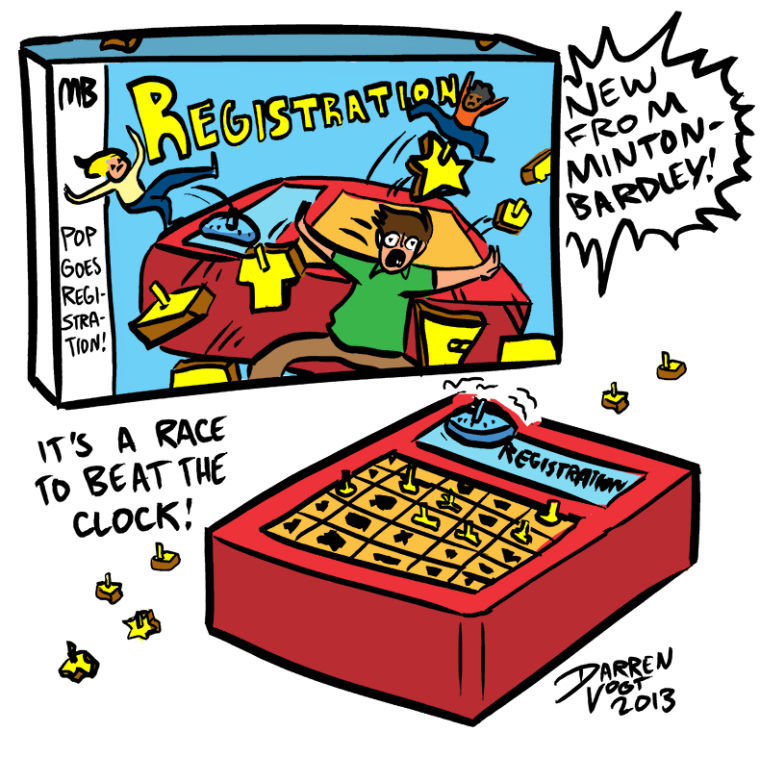 THE ISSUE: Gordon Emslie, provost and vice president for Academic Affairs, said last week that students with priority registration, excluding seniors and graduate students, will be limited to signing up for 16 hours of classes this spring instead of the full 19 hours formerly guaranteed to persons with disabilities, honors students and athletes.

We were informed last Thursday that one of those reasons is about to be limited in the upcoming registration for spring semester classes.

This decision is a mistake for several reasons.

First, student opinion was never solicited for what is essentially an entirely student-centered issue.

The Student Government Association hasn’t spoken about imposing a limit on priority registration. It’s never even been an issue for debate.

There was no poll on TopNet — not even a semi-annoying, ignored paper questionnaire outside Fresh Food Company, like they do with what cereals we want each semester.

There was no student discussion on this issue. Instead, Emslie decided on this policy change.

Second, this is unfair to any freshman, sophomore or junior honors student who came to WKU expecting priority registration up to 19 hours.

Emslie said in a Herald article Thursday that some of these students were using the system to register for six classes then dropping one each semester.

And that is an excellent point to be considered, because it fills up seats in classes that other students might want to take.

But what about the students triple majoring who need the full 18 or 19 hours each semester to graduate on time?

Naturally, the opposition would respond, “Yes, but how many students are in that situation?”

Um, hello? We’re talking about honors students here, the same ones applying for Fulbright Grants and spending semesters in Brazil.

Third, this is just not what these students have paid for — including athletes and students with disabilities.

They were promised something by this university, and they have the right to do with those 19 promised hours what they please, which includes dropping a class each semester.

We’re aware of the bitterness that exists from some students over the fact that honors get first dibs on classes. We realize that for some people reading this editorial, this change seems totally fair to limit some of the “preferential treatment” that WKU bestows on its students in the Honors College.

So to be clear, there are bright, gifted individuals seeking three majors and changing the world inside and outside of the Honors College. We’re not trying to say that all the smart students are in the Honors College, so their interests ought to be protected.

We simply wish to point out that there are clearly a lot of bright students in the Honors College that will one day bolster the reputation of WKU through their future careers.

And to further clarify, not all of us on this editorial board are honors students, but we can all see the value in retaining a policy guaranteed to students who very well may need to use it.

There’s a reason that the adage goes, “You get what you pay for.”