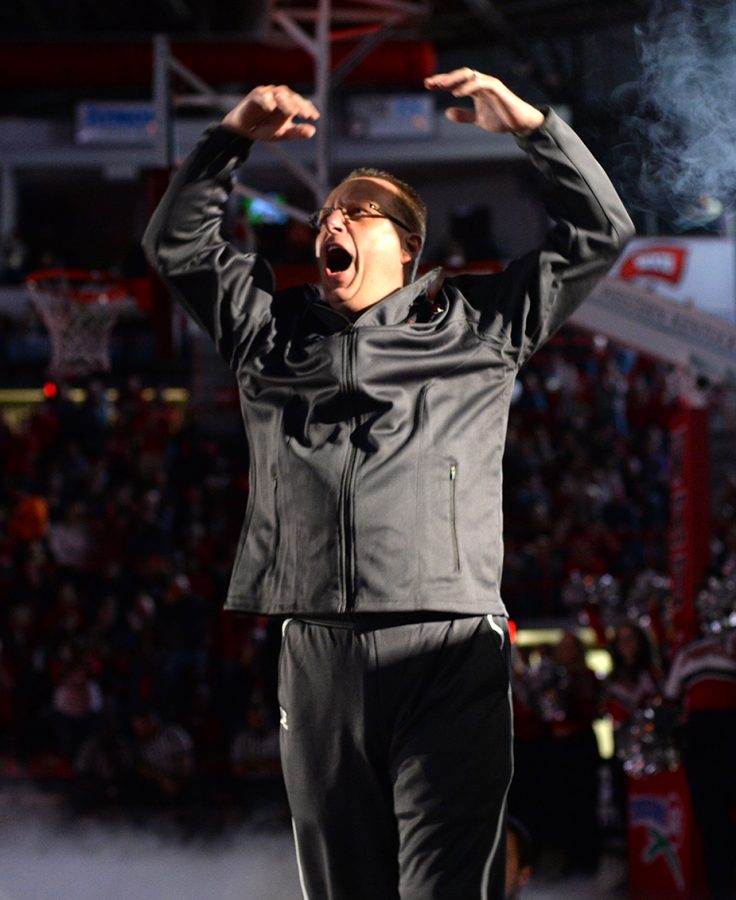 With the start of the 2013-24 basketball season just weeks away, the WKU men’s and women’s basketball teams got a chance to kick of the year during Thursday’s annual Media Day at Diddle Arena

Both coaches started the conference by talking to a room full of reporters in the team’s media room, followed by a meet-and-greet with both teams

The two squads are coming off successful 2012-13 campaigns.

The men’s team won its second straight Sun Belt Conference tournament, losing to No. 1 seed Kansas in the first round. The Lady Toppers, meanwhile, recorded the largest season-to-season turnaround in Sun Belt history, picking up 13 more wins than the year before.

Even after winning back-to-back conference titles, some preseason predictions have the Toppers ranked as low as fifth in the Sun Belt. Men’s coach Ray Harper said that he doesn’t think the team has a target on its back, though.

“The ones with the target are usually the ones picked to win the league,” he said. “We’re going to go about our business on a daily basis to try to get better each day, whether we’re picked first or last.”

Two Toppers who have played pivotal roles in the team’s back-to-back conference championship runs are junior forward George Fant and junior guard T.J. Price. The latter won conference tournament MVP in 2011, while the former took home the crown from the tournament last season.

Price said that other teams are going to be gunning for the Toppers because of their recent success.

“Now that we’re moving to a different (conference) they’re definitely trying to knock us off,” said Price.

Women’s coach Michelle Clark-Heard and the WKU Lady Topper basketball team also spoke to members of the media on Thursday for Media Day in Diddle Arena.

Heard, who will enter this season as the reigning Sun Belt Conference Coach of the Year, said she was pleased with her squad’s performance during Hilltopper Hysteria and is ready to begin a season full of higher expectations.

“I was really excited for the opportunity for our girls to be able to get out on the court for Hilltopper Hysteria,” Heard said. “Hopefully we were able to leave a great impression with people…I think we’re just trying to get better each and every day. We’re really excited about the momentum going into the season and having another opportunity to do some great things.”

Unlike last season, when Heard made the decision, the team was responsible for choosing its own captains this year. Senior guard Chaney Means, who was chosen as a captain along with junior guard Alexis Govan, said she was humbled to be named a team leader.

“We have a great group of girls,” Means said. “We’re just really looking forward to this year. The team voted captains this year, so I felt really excited and honored that they would pick Alexis and I to do that.”

Heard, Govan and junior forward Chastity Gooch were honored by College Sports Madness as some of the top players and coaches in the Sun Belt. Govan said the preseason honors should do wonders for the Lady Topper basketball program.

“That’s great for the program,” Govan said. “It just get’s us more attention and that’s what we’re trying to do is to get people to realize Western is here and we’re climbing the ladder and we’re coming.”