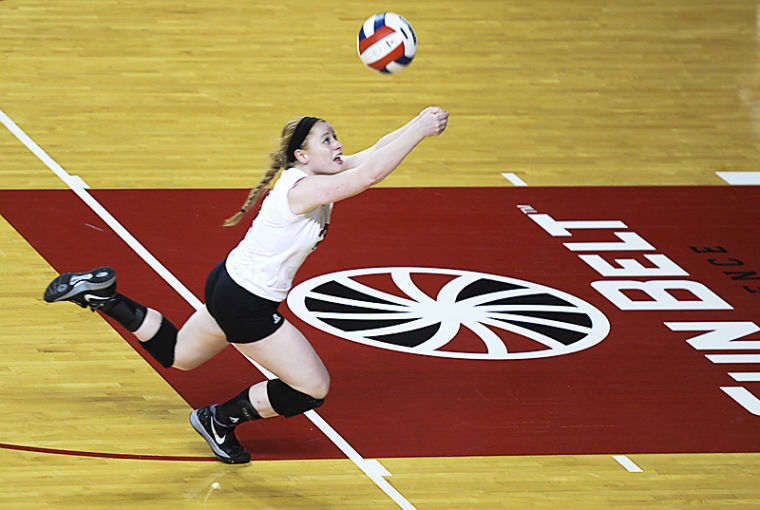 The Lady Topper defense has been anchored for the past three years by Ashley Potts, but the senior will continue to impact the defense well beyond this season.

Potts, the two-time Sun Belt Conference Defensive Player of the Year, is acting both as the team’s leading force on defense this year and a mentor to the young defensive specialists on the roster.

“One of those kids is going to be the heir apparent,” Hudson said.

WKU (15-4, 5-0 Sun Belt Conference) swept two  matches this weekend and is currently riding an eight-match win streak. Over the course of those eight matches, the Lady Toppers have held opponents to an average hitting percentage of .175 per set.

Potts, who has had 143 digs over the course of the streak, said she makes a point to support the other defensive specialists so that they can reach their potential once she graduates.

“I’ve just tried to help them mentally more than anything,” she said. “They’re already good enough to be the best in the country. I know that already. I just want them to take the next step and improve for next year especially. I’m just trying to pass down the torch.”

Pajakowski, who has 98 digs this year, is in her third year with the team and doubles as WKU’s backup setter behind senior Melanie Stutsman.

Grimes and O’Connell are each in their first season with the Lady Toppers. Grimes has picked up 90 digs this year, while O’Connell has had 94 so far.

O’Connell said she spent the first part of the year getting acclimated with her role on the team.

“The first half, I almost took it as like a learning experience,” she said. “Now that it’s conference play, I’m really starting to get into my role as a DS. People are holding me more accountable, and I think I’ve gotten a lot better.”

Hudson said he’s been pleased with the immediate impact Grimes and O’Connell have had on the defense.

“They’re learning on the fly,” Hudson said. “We needed them right away as freshmen. You hope that you’re not in that situation, but when you are, you want kids that’ll just go out there and fly around.”

O’Connell said it helps playing next to a player as good as Potts.

“She’s always there if I shank a pass or don’t get a dig; she’s right there telling me I have it,” she said. “She just puts so much confidence in me. It’s awesome playing with her because I feel so relaxed next to her.”