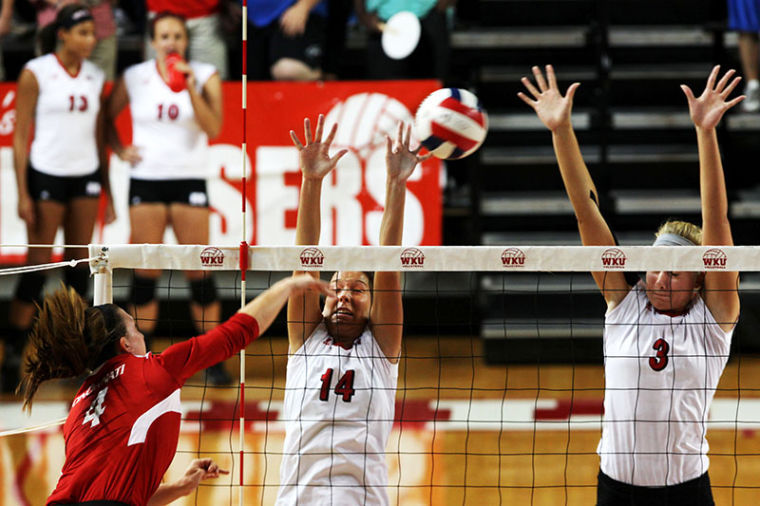 For the third time this year, WKU senior Melanie Stutsman was named the Sun Belt Conference Setter of the Week the league announced Monday.

Stutsman led the Lady Toppers to an undefeated weekend as they took first place in the Flyer Classic in Dayton, Ohio. On the weekend, WKU had a .357 hitting percentage and averaged 14.6 kills a set.

During the tournament, WKU defeated both Dayton and Western Michigan 3-1 and wrapped up the tournament with a sweep of Wright State.

Stutsman recorded 134 assists over the course of the weekend, good enough for an average of 12.18 per set. She also set a new season-high in assists with 51 against Western Michigan, a match where she had six kills and seven digs as well.

Overall this season, Stutsman is second in the Sun Belt and 45th in the country with an average of 10.71 assists per set. As a team, WKU has a hitting percentage of .293 on the season, which is 13th in the nation.

Currently Stutsman is 647 assists away from breaking the all-time WKU record set by Sara Noe from 1999-02. Stutsman already has 546 assists this season in 14 games and will have 18 regular season games plus any postseason games to break the record.