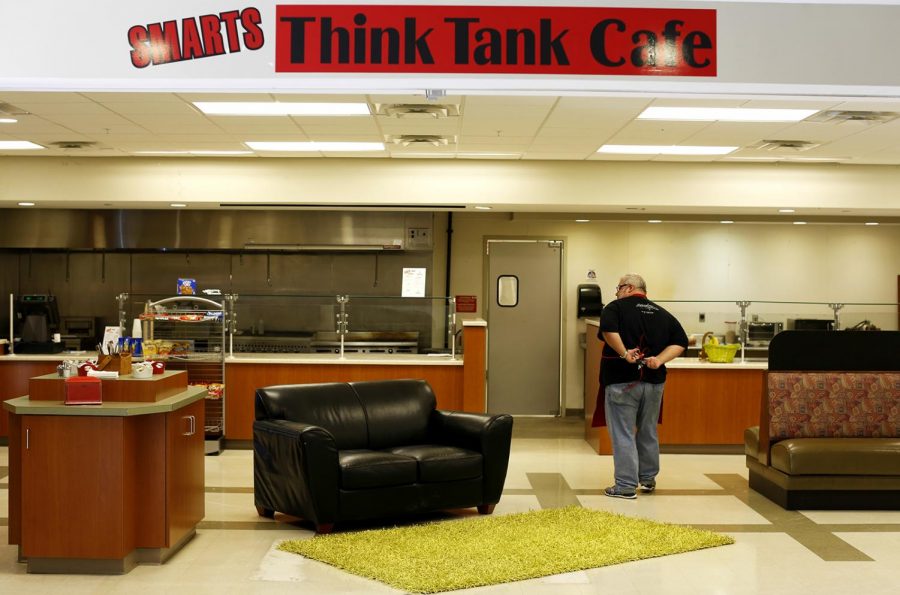 The food court on South Campus that closed last year is getting a second chance this semester.

SMARTS Think Tank, the company that provides food services to students on WKU’s Glasgow campus, opened on Wednesday on South Campus where the previous food court used to be.

She also said SMARTS Think Tank may modify the food court’s menu based on what students want.

“As a small business, we don’t have the franchise limitations on the menu, which is good for the students,” she said.

“The food court was too big to be supported by the students that were able to eat or who had money to eat,” Meszaros said. “Students and administrators weren’t happy, the people who were still out there, so we compromised and opened up the food service in the bookstore.”

The food service, he said, makes sandwiches and other small food items available through the South Campus bookstore.

Despite this, Meszaros said, feedback from the students on South campus has been negative.

“They felt that they were being ignored,” he said.

He said the school has been searching for a small business to open up a shop there so students on South Campus can have more food options.

Meszaros said ARAMARK is subleasing the food court to SMARTS Think Tank rent-free and allowing them to use the heavy kitchen equipment that has remained unused since last year’s closing.

“They have our broilers, our grills, everything like that,” he said. “We’re making it easy on them.”

Bates said SMARTS Think Tank still has to pay for its new pizza oven, as well as smaller items like pots and pans.

“ARAMARK has been very good to us,” Bates said. “They’ve graciously allowed us to use the equipment that’s there and they’re working with us to make sure it’s in working condition and that we can get up as fast as we can.

“The thing that they left us was really the shell of the business and the heavy equipment such as the grill and the fryer and the ice maker and the refrigerator and the freezer but other than that, we’ve had to bring in our own supplies.”

Though the original South Campus food court shut down due to a lack of business, Bates said she thinks reopening it will be a profitable venture.

“That was the same thing that happened on the Glasgow Campus,” she said. “That it was not enough revenue for ARAMARK to stay there and we came in with our locally owned, very small business…and really evaluated what we could do there in that small space and have made it work and college students really appreciated it.”