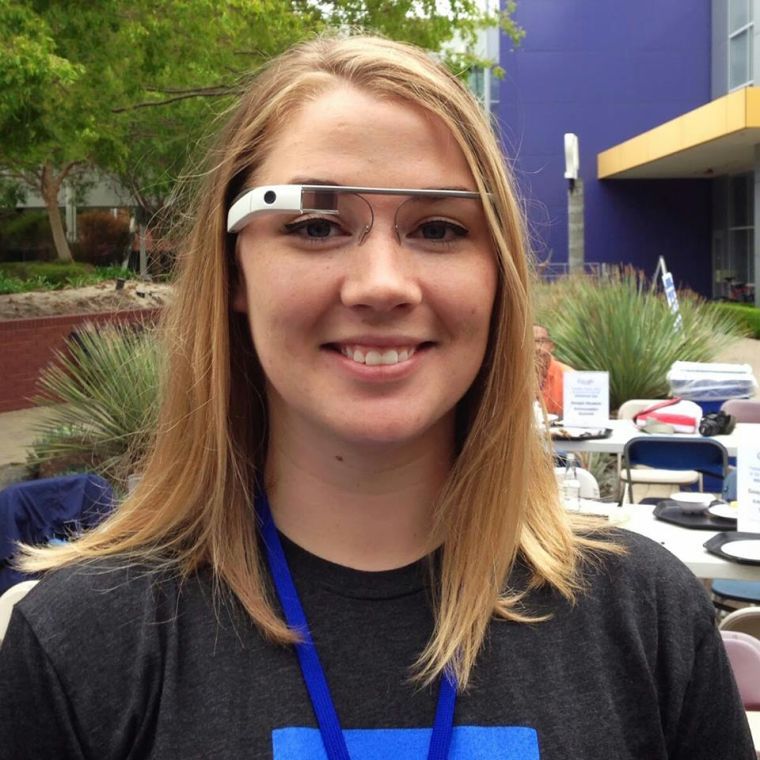 Whether researching or aimlessly browsing the web, the search engine Google has become an integral part of daily life for most college students.

One WKU student is spending her school year promoting this universally known site.

“I was actually sent an email that said that someone had recommended me for the internship,” Rice said. “I read it and immediately thought, ‘Yeah! I want to be a Google Student Ambassador!’”

Rice, who is a double major in interactive advertising and Spanish, said that she was given two weeks to round up a video and a couple of essays to send in to Google.

“A lot of the questions were a little more personal, because I think they wanted to see how you exemplified Google culture,” Rice said. “That includes things like being open-minded, taking part in the community and enjoying it, and demonstrating pride in what you’re doing, because that’s what they want to see at Google.”

Rice’s internship with Google began with a three-day stay in Mountain View, Calif., where Google headquarters is located.

“Those three days were mostly spent training and networking to see what ambassadors were around us and how to interact and make the programs at our universities excel,” Rice said.

At the training, student ambassadors were given ideas of ways to demonstrate Google culture at their universities. This included things like offering demonstrations of Google products, setting up events around campus and even celebrating Google’s birthday in September.

“I can basically do whatever I choose to demonstrate how Google influences my life and also influences other people’s lives,” Rice said. “I want to accentuate how Google can help a college student throughout their career.”

“The first time I met Shelby I noticed her Google stickers,” Wells said. “When we decided to be roommates, she talked about Google all the time. I was there when she found out she got the ambassador spot, and she ran out the door and started screaming in the streets.”

Wells said she feels Rice will do a great job supporting and representing it.

Mount Sterling junior James Soper thinks that Rice’s personality makes her perfect for the role of a Google Student Ambassador.

“She has charisma and a fun persona that connects with people,” Soper said. “She’s also caring and aware of what people want and has expectations of herself to follow through with things. She is very responsible and takes things seriously, but has this thing about her that can get them done but in a fun, playful way where people want to listen.”

Rice said she wants every WKU student to not be afraid to step out in a certain leadership role or participate in a certain club because it might seem weird to others.

“I was actually the mascot my freshman year,” Rice said. “A lot of people might think that’s nerdy or that people who do that have no friends, but I had a blast, and it actually emphasized my résumé and made me stand out.”

Rice continued by stressing that employers and companies will see applicants’ passion in the resumes and essays that they read from them.

And as Rice’s experience shows, pursuing your passion can set you apart.