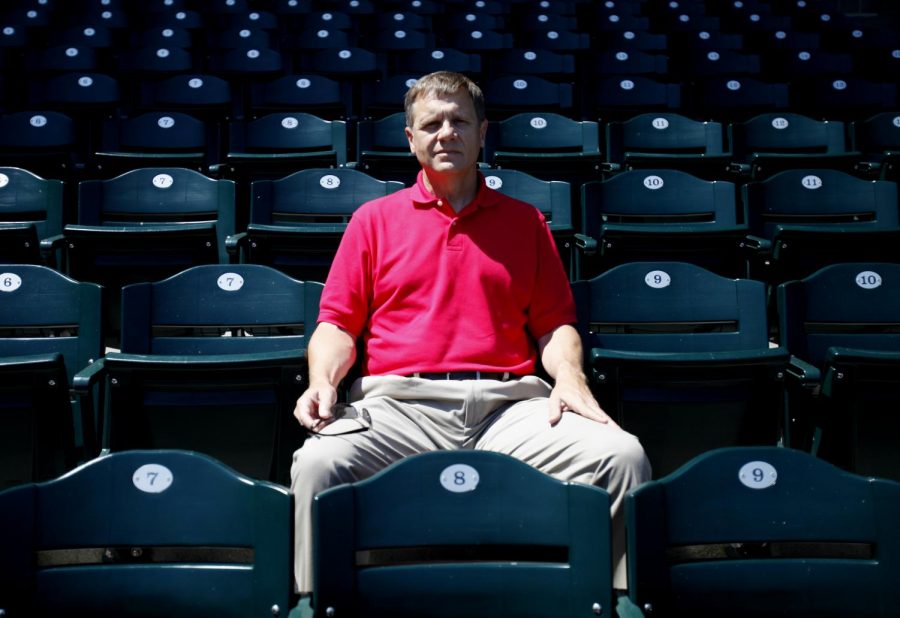 It’s not commonplace for childhood aspirations to come to fruition. For Stuart Foster, it’s a different story.

Foster, a WKU geography professor and state climatologist for Kentucky, grew up with baseball, playing until he was 20 years old. His love of the game spawned an interest in taking his talents from the diamond to the press box as an announcer.

Raised just 75 miles south of Cincinnati, Foster became enthralled with Reds baseball in the late 1960s. He was a teenager during the organization’s Big Red Machine days, when the Reds captured two World Series titles.

Foster’s dreams of being a radio broadcaster were put on the back burner once his playing days ended.

Foster grew up listening to Reds announcer Joe Nuxhall on the radio and contemplated that career for himself.

“But I ended up choosing a different path,” he said.

Foster, who has been at WKU since 1988, said the opportunity to be a color commentator for the Bowling Green Hot Rods occurred organically.

“We started chatting and I brought up the notion that I’d be interested in sitting down and talking with him sometime about coming up to the booth,” he said. “We chatted two or three times over the winter months, and he said he’d be happy for me to come up and try it out.”

Foster said calling the games from the press box gives him a completely different perspective of the game.

“As a broadcaster being in the booth, you are there to convey the story of what’s happening and give an interpretation of that to the listeners,” he said. “You really are not so much invested in the game as a fan and rooting for one team or another, you’re simply there to do a job.”

Chris Groves, a WKU geography professor, said it has been interesting to see his long-time colleague pursue a lifelong dream after being renowned and successful in another realm.

“He’s very accomplished in his field, but he’s a really good example of how there really aren’t any limitations,” Groves said. “Baseball is very important to him, and he found a means to incorporate that.”

Groves said college students often feel limited by their major for future career possibilities, but pointed out that Foster is an example that you can follow your passion if you work hard enough.

“I think students believe if I get a degree in such and such, it means you aren’t allowed to do something else with the rest of your life,” he said. “You can do anything you want all the time if you just figure out a way to pull it off.”

Foster plans to call one game of the Hot Rods’ final home season series against the Lake County Captains this weekend.