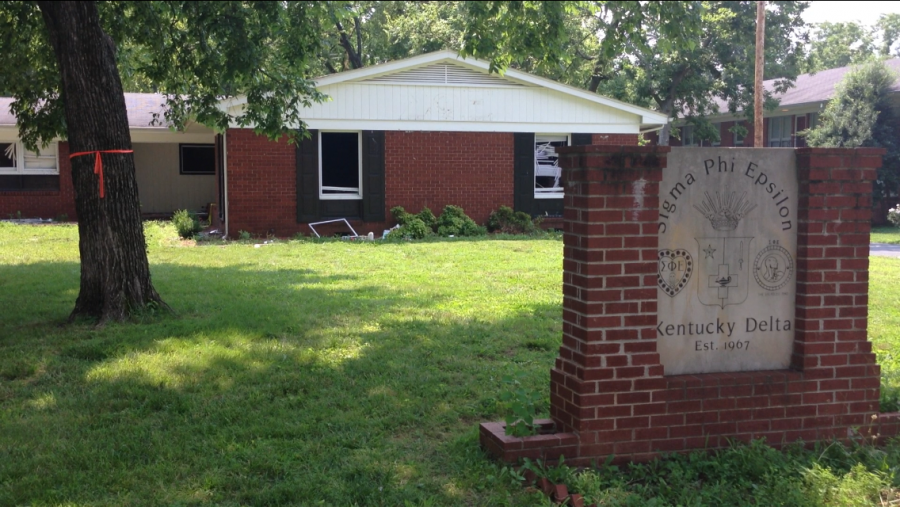 The old Sigma Phi Epsilon house will be demolished next Wednesday, July 24.

Demolition of the old Sigma Phi Epsilon house will take place July 24 as the beginning phase of construction begins to build the new $22 million Honors College and International Center.

The university acquired the property on Normal Street from the fraternity on July 5. In exchange for the property, the Sig Ep house has relocated to the Cherry Hill Place apartment building on 1415 College St.

Kerra Ogden, project manager from Planning, Design and Construction, said everything will be ready to go for the demolition.

“We are getting all utilities cut off this week and we will demo on the 24th,” Ogden said.

The actual demolition will not be a lengthy process according to Bryan Russell, director of PDC.

“It doesn’t take very long to take a house down,” Russell said. “Once they start it won’t be there very long. In the duration of a few hours that thing will be gone.”

Sig Ep president David Miller said the house has been home the WKU chapter for over 20 years. Miller said several fraternity members will gather together to watch the demolition of the house.

“There’s a lot of memories and it will be a bittersweet moment,” Miller said. “It will be hard to see it go. You often move to another chapter house and you have your old chapter house to look back at, but this time it’s going to be demolished.”

The fraternity is hoping to gather as many bricks from the demolition as they can to keep the memory of the house. Miller said the plan is to give a brick to all the Sig Ep alumni.

Along with bricks from the house, the sign in the front yard will be relocated to the new fraternity house.

“We’ve had two alumni step up and offer to take up the sign themselves and move it,” Miller said.

Miller said while it will be tough to see the old house go, the fraternity’s new home gives them much more room.

“The biggest thing we lost is our volleyball pit and our asphalt driveway to play basketball,” Miller said. “But we definitely have more space at our new house.”

As for the property after the demolition, Ogden said that temporary student housing parking lot will go in place until project moves forward. The university won’t obtain the property of the Chi Omega sorority house until late in the year, which puts a hold on the project itself.

“We won’t have access to the other properties until December,” Ogden said. “So we’ll be taking down those properties in January, which is when we’ll break ground for the project,”