High Voltage project under way on top of the Hill 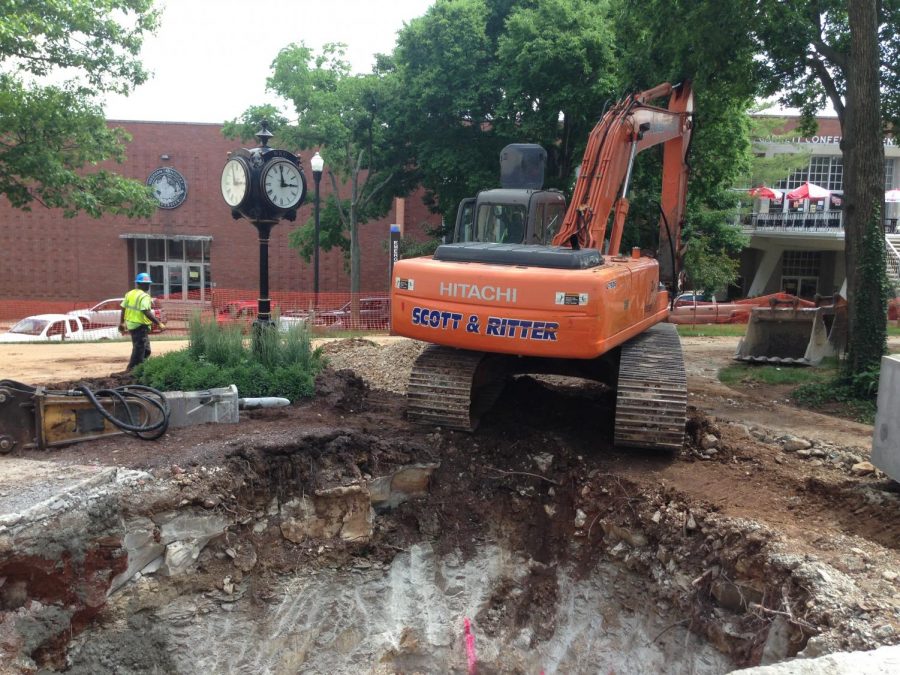 WKU and Bowling Green Municipal Utilities are in the final stages of what has been a multi-phase project for the last 11 years to change the electrical supply provided to the university.

Cherry Hall, Garrett Conference Center, and Potter Hall are all undergoing electrical changes from a 5 kV power supply to a 15 kV voltage system.

Planning, Design and Construction director Bryan Russell said BGMU built a 15 kV transformer station on Forrest Drive specifically for WKU, and that the university is the only user of the 5 kV power remaining in Bowling Green.

“It has redundant circuits in it, which provides us with a lot of flexibility,” Russell said. “We have been rebuilding our infrastructure for high voltage electricity for the campus for approximately 11 years, and we’re having to do it in phases primarily because we haven’t received the state funds to do it, so we’re self funding this improvement on our campus for reliability reasons.

“This summer, we’re doing what we are calling ‘Top of the Hill’, where we’re basically putting on to the 15 kV power source to Cherry Hall, Garrett Conference Center, and Potter Hall.”

A ditch has been dug where a sidewalk once stretched from the front of Cherry Hall, in between Cherry Hall and Gordon Wilson Hall down to Potter Hall.  This ditch will hold the electrical lines several feet underground rather than through power lines above ground.

Russell said the new under ground lines eliminate some of the concerns that overhead lines present.

“All this new power is underground, so any time there is a storm it doesn’t really affect us like it used to,” Russell said. “So, one, we’ve gone from over head lines to under ground lines. Two, The lines under ground have been there – some as long as 70 years – so they have basically outlived their useful cycle and need replacing.”

Russell said once the three buildings are connected to the new power source, the current substation on Mimosa Alley will be taken out of service by BGMU.

There are scheduled power outages for each of the three buildings for the summer, said assistant director of PDC Ben Johnson. For each building, the shut down will occur at 5 p.m., with crews working 24/7 until the power is ready to come back on, which is expected to be sometime the following Monday or possibly later.

“It’s a distinct possibility power isn’t returned until later of that Monday,” Johnson said. “We expect that to be a three day outage. Whenever you get into this stuff, we always find things, which is why I can’t be specific and say we’ll have power back on at a certain time.

“The crews will work around the clock until we get things restored.”

The first of three consecutive shut downs is scheduled for the third weekend of July at Potter Hall, followed by the next weekend Garrett, then finishing at Cherry Hall.

Because Cherry Hall is powered by two substations, Johnson said it will be like working on two separate buildings, and power could be out for as long as a week.

The project is on schedule to be completed by Aug. 17, just over a week before the fall semester begins.