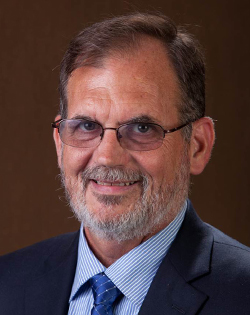 The Academic Advising & Retention Center at WKU has been under new administration for a week with the addition of Dr. Russell Curley as the new director of AARC .

Curley said he immediately felt a positive attitude around campus on his first day of work.

“There’s a lot of good things going on here,” Curley said. “You get the feeling right away that there is a positive feeling, and not all institutions have that feeling. I love it here, I really do.”

Before serving at MSUM, Curley spent time at the University of Cincinnati and North Iowa Area Community College. At Cincinnati, he served as director of the Transfer and Lifelong Learning Center and the office of Educational Services.

While WKU president Gary Ransdell has not had the chance to thoroughly discuss retention plans yet with the new director, he said Curley will help to continually improve those plans.

“That is a very important job,” Ransdell said. “He will play a critical role in helping us improve our consistence in retention numbers and a higher percentage in students that graduate.”

Curley said in his first week at WKU, the work environment is much different than from his previous employers.

Curley said his previous jobs didn’t allow him to work very closely with students. As director of AARC, he is looking forward helping students on a daily basis.

“At Minnesota State it was more bureaucratic in dealing with records and institutional data,” Curley said. “Whereas here, it’s directly working with students, and that is something I wanted to get back to. That was one of the main reasons that I came here.”