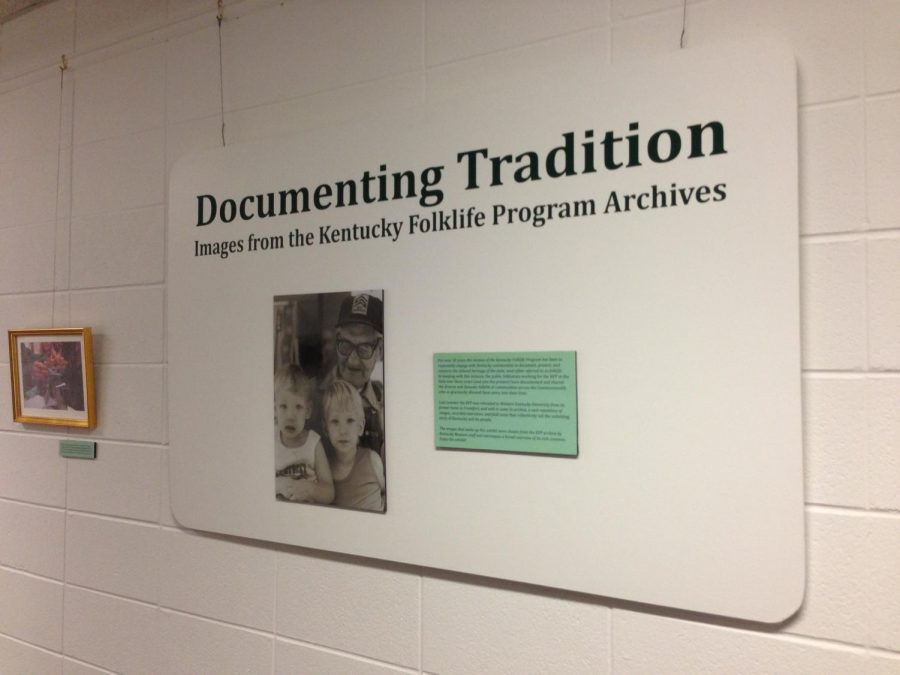 The new exhibit Documenting Tradition opened at the Kentucky Museum June 1 and runs through Oct. 19.

New at the Kentucky Museum is an exhibit that features the likes of life and tradition in Kentucky.

Recently moved from the Kentucky Historical Society in Frankfurt, the exhibit titled Documenting Tradition: Images from the Kentucky Folklife Program Archives brings a photo exhibit of folklife in Kentucky until Oct. 19.

Manuscripts and Folklife archives coordinator Jonathan Jeffrey said since WKU decided to fund the Folklife program, the archived exhibit transferred to the Kentucky Museum to merge with the already established program.

“It was decided that since we have such a renowned folk studies program here at Western that they would move those archives here because they were phasing out the Kentucky folk life program,” Jeffrey said. “It merged with the Folklife program that we already had. It didn’t quite double the size of Folklife archives, but it came pretty close.”

Of the thousands of images stored in the Kentucky Building’s Manuscripts and Folklife Archives unit, fifty photographs are displayed in the featured collection. Jeffrey said the museum usually puts together at least one photograph exhibit each summer.

Summer is a busy time of the year at the museum with kids summer camps running through the month of June and tourists. Jeffrey said this exhibit may hit home to those even from outside of Kentucky.

“I think the great thing about when tourists come here is that they are able to feel comfortable seeing the exhibit because they recognize some of the things in it,” Jeffrey said. “These are traditional folk ways that might vary slightly from place to place based on the end product.

“It’s different only in the way it’s examined. The methodology would be the same as if you were in Texas or Alaska, it’s just that the specific item is different.”

One of the photographs Jeffrey talked about in particular is of the Burgoo Festival in Anderson County and how the traditional process is the same across in other states.

“That is pretty specific to Kentucky and we have a long heritage of making that kind of stew,” Jeffrey said. “But if you went to southern Texas, they would talk about the stew that was Hispanic influenced. It’s home in a way, (tourists) understand the process, they just see a different end product.”

The new exhibit could provide new opportunities to students in the Folklife program at WKU. Students in the past have traditionally produced work for the folklife archives, but this exhibit brings in the work of established professionals.

“When students are able to look at these projects, they are looking at what a professional folklorist would do out in the field,” Jeffrey said. “Collecting field work information, collecting good notes, trying to document their tapes well, it gives them an opportunity to see the best projects that can be done. Some of the ones in this collection you could find in the best repositories anywhere.”