Will Chase Survive Being Poisoned on ‘General Hospital’? Josh Swickard Weighs In (VIDEO) 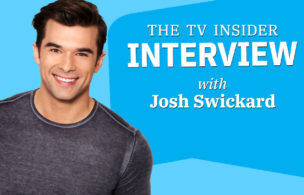 Will Chase Survive Being Poisoned on ‘General Hospital’? Josh Swickard Weighs In (VIDEO)

Being poisoned is the thanks well-intentioned Port Charles detective Harrison Chase (Josh Swickard) has to endure for trying to have a little family get together on General Hospital!

Of course, viewers now know that Chase wasn’t the target of the poisoning — that would be Dr. Hamilton Finn (Michael Easton), Chase’s presumed father. And it was all at the hands of the diabolical and vengeful Peter August (Wes Ramsey) — though the blame also goes to the lazy susan for getting the concoction in front of Chase, not Finn.

In fact, in episodes airing Monday, April 12 and Tuesday, April 13, we saw the early warning signs of Chase’s health troubles, even though so far he’s convinced it’s just food poisoning (even if he is having more of a headache than a stomachache). But Wednesday’s episode confirmed that it’s so much worse than that. See Also‘General Hospital’ Star Nancy Lee Grahn on Her 25 Years (and Counting!) in Port Charles
Plus, the long-running soap’s special anniversary episode, and why she couldn’t have imagined a job ‘working out better.’

Swickard spoke with TV Insider about the importance of this family dinner to Chase, and why news that Finn is his father, not Gregory (Gregory Harrison), has him reeling. “Ever since Chase came onto the scene three years ago, he’s had this strong desire for family,” says Swickard, adding that the paternity issues shaking up the entire clan has everyone’s head and heart spinning. “[Chase] still doesn’t know how to feel about it and who to be angry with.” The actor also weighed in on Chase’s future with his ex, Willow (Katelyn MacMullen). In this week’s episodes, Willow chose to be with Michael Corinthos (Chad Duell) over Chase, but when she went to break the news to her ex, she didn’t get far before he collapsed from the aforementioned poison.

Even though Willow has professed her love for Michael, could this love triangle still have life in it?  Find out what else Swickard had to say in the video above.