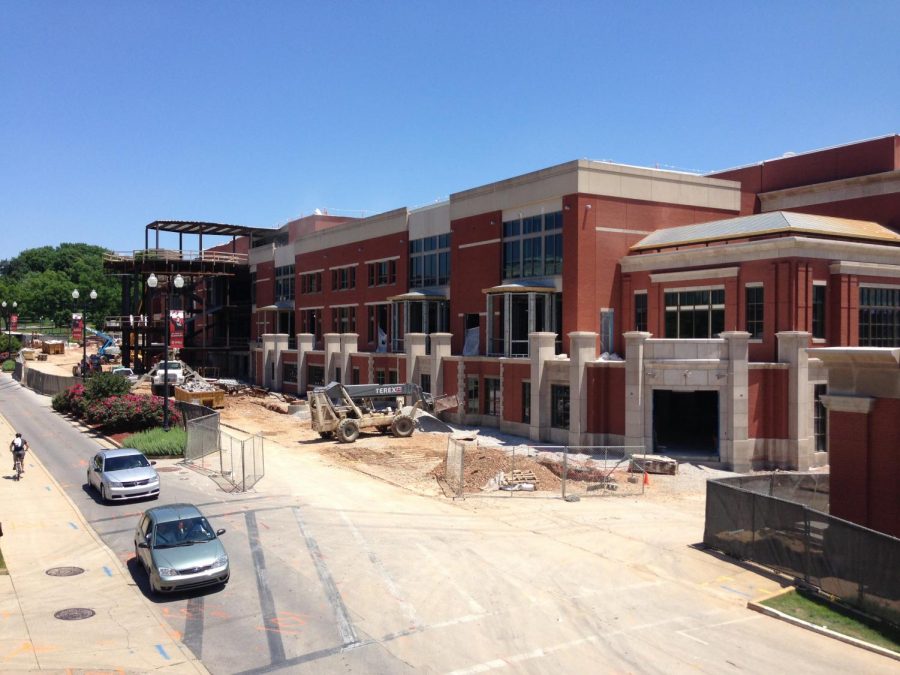 Phase one of renovations expected to be complete by August.

After almost a year of work, the Downing University Center is finally starting to mold into the picture idea presented on blue print.

Phase one of the renovations is scheduled to be complete by the start of the fall semester. Students will then enjoy a new, larger space in the Fresh Food Company and the addition of a Starbucks.

While phase one is edging closer to its deadline, crews have already started work on phase two, said Planning, Design, and Construction director Bryan Russell.

On May 13, demolition began where Red Zone, Chik-Fil-A and Izzi’s once operated. The place that was filled with students just two weeks ago is now gutted in preparations to expand Red Zone and add a 24-hour study hall and recreational area.

Russell said the construction crews have done a great job on getting a “head start” on things.

“There’s a lot of very positive things happening,” Russell said. “The roofing is going on, dry wall is going up, light fixtures are arriving, and painters are painting. There’s just a tremendous amount of work being complete.”

Among the many new things to take face at DUC, high-speed elevators are installed and operating that travel from the ground floor up to the third floor.

Russell said it is something the university center has never seen, and it will be a great convenience for ADA accessibility.

“They’re actually running the elevators up and down in their respective locations from the ground floor all the way up to the third floor,” Russell said. “That is a real plus because we didn’t have that before. We had two elevators, but we were really limited, so that’s going to be a real benefit to our students.”

While up to 125 workers have contributed every day to the renovation process, that number will increase significantly moving into the summer months in an effort to made steady head way in the completion process, Russell said.

“There’s a lot of progress being made,” Russell said. “It’s pretty monumental seeing these workers do what they’re doing. It’s exciting to see it all unfold.”